It’s the last day of March.  Tomorrow we jump headlong into the madness and mayhem that is the A to Z April Blogging Challenge.  You haven’t heard of it?  Where have you been the last two months – I’ve done little else but talk about it!

If you haven’t signed up you can still join in – just blog about something beginning with A on the 1st, B on the 2nd, etc. – and sign up here.

The main part of the fun is to go visiting other blogs – so I hope it’s going to be like Piccadilly Circus on here. 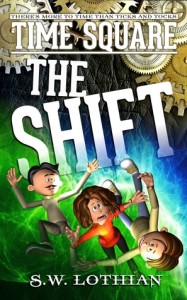 Talking of which – Time Square is a little bit like Piccadilly Circus – that’s the centre of S W Lothian’s time-travelling world, and the start of a whole new series for him.  Book 1: TIME SQUARE| THE SHIFT is out April 9th!  Add it to your Goodreads list – buy it from Amazon or your favourite retailer.  Read it!  Review it! I will  – in May!

Meanwhile, back at the ranch, there is a Book Spotlight on The Princelings of the East at Mother Daughter Book Reviews tomorrow – part of a promotion for the series which will continue on there through to the end of June.  Thank you, Renee, daughter and son!

Stand by for take-off!

9 thoughts on “Stand by for take-off!”