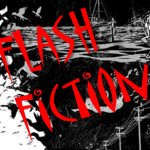 The tenth letter of the NATO Phonetic Alphabet is J for Juliet.  Since this is Friday I need to write some flash fiction for you, involving Juliet.  Well, that really brings just one thing to mind.  And since Chuck Wendig, whose prompts I follow, asked us to “write a story about Hell”, making it as literal, metaphorical or figurative as we liked, I thought of this one.  It’s 1000 words, including the title.

Juliet slipped through the door and closed it softly behind her.  Good.  Nurse was still asleep.  She threw back the hood, took off her cloak and hung it tidily from its peg.  Now that the plan was decided, she moved with purpose.  She set the vial by the bed and watched, expecting it to reveal its dark mysteries to her, or transform into a mythical beast before her eyes.  Friar Laurence had warned of its potency; he had yielded to her only when he was convinced of the brilliance of her plot.  Images whirled through Juliet’s brain: how he had tried to persuade her that she should marry Count Paris according to her father’s will, even though he had blessed her marriage to Romeo the day before. How could he suggest such a thing? Romeo! His eyes!  His lips!  His soul, entwined with hers.  Always and forever.  They had made their vows and kissed to seal them. His soft skin next to hers, the muscles that rippled under it.  Her hand smoothing his chest, curling the hairs over his breastbone.  His hands… oh the joy!

No! Her father forbade it, had ripped them apart.  Then Tybalt, the challenge – Romeo in hiding.  Friar Laurence would ensure he knew, would lead him to her at the right time.

Her heart ached, swollen with pride and fear and grief and adoration. All that mattered was her life with Romeo.  They would manage.  She knew it.  They were so powerful – together they could move mountains.  Even the Capulet-Montague mountain.

She changed into a modest gown, suitable for travelling when he came for her.

She sat on the bed, unstoppered the potion, and drank.

She retched.  No, she must keep it down; it must do its work!  Panic filled her at the thought of losing what she had risked tonight.  She sipped water but the cup fell from her hands.  She could no longer feel.  She watched it roll onto the floor – or did the floor roll to catch it?  Her stomach knotted, her gut likewise; her fingers crawled inside with the fire of a thousand suns.  Her feet – oh! her feet!  She swung them onto the bed and lay, writhing inside but as still as a corpse.  The pain! She could see colours whirling around, checkerboards crossing her vision, the ceiling crushing her, but she was still here, alive in a sea of agony.  Then she wasn’t.

She was alive. She sensed the slow beat of her heart. Singing in her head led her to try a small intake of breath. More! She breathed deeper and her head cleared.  Her heartbeat increased.  If only she could move, sit up, open her eyes…

Success! Her eyelids opened and she stared upwards. A vaulted ceiling, not her own room. Panic was replaced by recognition.  The family vault.  Good! Her ruse had worked; they thought her dead.  Now Romeo would come and release her.  She could allow her body to recover – no need to rush.

She endured the reactions of her body to the recovering of its function by thinking of Romeo, of their life together.  This pain was but a little thing compared to their eternal joy. At length she ventured to raise an arm.  She turned her hand and gazed on it.  Such a wondrous thing, a body!  She raised the other hand and stroked them together.  This hand had stroked Romeo thus, and would again.  Soon.

She tested her legs, and judged them stable enough to risk movement.  She swung herself on her side and then up to a sitting position.  Her legs fell awkwardly over the side of the pedestal, and she waited for the blood to flow – bringing agonies of pinpricks once more.  She waited until they had subsided, then turned to survey the room.

How careless!  Someone had left two bundles of clothes on the floor nearby.

This cloak was like one that Paris wore.  Such a jealous man.  Who was he to interfere in her happiness?

An unearthly howl filled the vault as Juliet’s sluggish brain realised that these were no bundles of clothes, but bodies of the prime youth of feuding families.

She fell from the pedestal where her supposed dead body had been laid, and crawled to Romeo’s side. Great sobs racked her body as she touched his lifeless face, his hands, his hair. How could this be? Had the vile Paris stabbed her love?  Surely not, Romeo would overcome anyone – he loved her.

After a few minutes, once the first heaving pain had subsided she dragged herself to Paris, turning him, to see a huge wound, and Romeo’s sword underneath him. Surely Romeo had beaten him?  Why then had Romeo not rescued her and departed?  Who had surprised him and killed him so vilely?

She fell back to Romeo’s side, enfolding him in her arms and sobbing into his back.  When her mind returned to her, she whispered to him, reminding him of all they had done, of her love, of their plans, of their vow never to be parted.  Her brain exploded with the pain of realisation.  They were parted by death.

She sat up, and Romeo’s body fell onto its back.  She saw the stab wound, and Romeo’s hand still clutching his dagger.

Why kill thyself, my heart? she asked silently.

Realisation seeped into her heart before it reached her head.  Tears flowed, at last.

Didst thou thinkest I was dead?  But the friar…

Parted by death, echoed in her head.  Echoes of their brief life together, echoes of her father’s insistence on Count Paris, on the feud between Montague and Capulet, of a life that would be bound by these walls, this hatred.

I will never be parted from thee.

She picked up the dagger, placed it carefully below her breastbone, and pictured Romeo, laughing, dancing, and climbing up to her balcony in the moonlight.

(c) J M Pett 2014 with thanks to William Shakespeare and all the people he cribbed the idea from.  Apologies for changing Romeo’s death from poison to dagger – it just seemed more logical.

27 thoughts on “J for Juliet and Flash Fiction Friday”