This week I give you two of my favourite things – a story written to a random title, and a new Narrathon tale by Willoughby the Narrator. 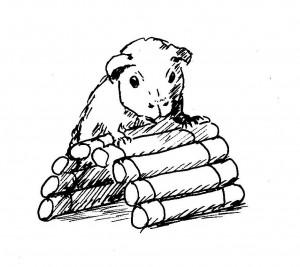 You last saw him performing his take on The Princess and the Pea.

The challenge from Chuck Wendig gave us two lists of twenty items each, my editor gave me two random numbers, and I drew… Diamond Souls.  It’s 986 words including the title.

Willoughby the Narrator jumped up on his platform and glared at his audience, focusing mainly on the ladies who had screamed.

“Yes, you too, madam! Each and every one of us is going to die – sometime!” And he softened his announcement with a grin. “But not yet, I hope – well, at least not until I’ve finished my last story tonight.”

The crowd relaxed again, and a murmur of appreciation for his joke rippled through the throng.

“Have you ever thought of what happens to us after we die? Have you listened to the stories of the Rainbow Bridge? Or do you subscribe to the theory that we all meet up somewhere beyond Saturn and wreak havoc on our enemies?” He looked around and nodded at them, faces intent on his lean but muscular figure, lit by the setting sun’s last rays, or the glow from the lanterns that were coming on round the castle’s courtyard.

“Nobody knows for sure – except …” he paused for effect “… the daughter of Aelred and Eowyn. For this is her story.”

The crowd settled themselves once more, comfortable in the knowledge that the Master Narrator was indeed going to tell a story and not engage them in a philosophical discussion.

“Most people know the legend of Aelred, how he rose up to fight the dragon who was ravaging the vale of Murad where Aelred and his family and their families lived. No one else had the courage to trek into the mountains, to slip into the dragon’s lair, and tell him stories for so long that his scales grew pale and his eyes grew dim. And who was it who taught him those stories?”

“Eowyn!” chorused a good proportion of the audience, enjoying their chance to join in.

“Eowyn indeed. You’ve heard this story before, haven’t you?” He fixed his glare on the people at the front, who shook their heads and denied all knowledge. He switched to a grin, jumped lightly from his platform, and swung himself up onto the crenellated walkway behind. “Aelred and Eowyn had another adventure,” he continued, leaping along the walls, hopping over the gaps. The crowd turned to watch him, marvelling that he didn’t fall, and marvelling, too, at the steadiness in his voice as he concentrated on his footwork.

“Their daughter Arwena was already a grown woman when Aelred was called for another task. This time it was an ogre, rampaging in the Vale of Akoshi, far to the west. They packed for a long journey, he and Eowyn, and left Arwena in charge of their people.

“‘Expect us when the cock crows three times in the night,’ Eowyn said, ‘for we cannot be sure of our quest, and the birds have ways of speaking that we have not.’

“Arwena nodded, made sure her parents had provisions for a long journey, and waved to them from the topmost window of the castle until they were just a speck of dust in her tearless eyes, for all the tears were gone.

“Days passed, then weeks, then months. How many months? They went uncounted, but the seasons went too, and winter froze the Vale of Murad, and Arwena wondered whether her parents were frozen too. There was no news from Akoshi, and no travellers either. The Vale of Murad was cut off from civilisation, and fell into decline.

“Many moons passed, and Arwena took a husband from those who remained faithful to the castle, and she bore a son and a daughter, named, well that is not part of this story. But these children were six and eight years old when a bird flew onto the roof of the castle one night, and crowed three times. This was all the more extraordinary since it was an oystercatcher, and they don’t crow!” Willoughby threw in a passable imitation of an oystercatcher’s mournful peeping call.

“’What is their fate?’ asked Arwena, although she knew the answer in her heart.

“’They made friends with the ogre and persuaded him to leave the people of the Vale of Akoshi alone, but in order for him to do that, they had to agree to go with him to his cave, to keep him company.’

“’And did they?’ asked Arwena.

“’Yes, indeed they did, and to thank them for their faithfulness, the ogre promised when they died they should cross the Rainbow Bridge, travel out beyond Saturn, go straight on till morning, until they were so far away they turned into diamonds that we can see in the sky at night.’

“’So my parents are stars in the sky now?”

“’Yes, they are diamond souls, studding the universe above us, watching over us and helping us live good and fruitful lives.’

“And with that the oystercatcher flew off.

“’Wait!’ cried Arwena, ‘you haven’t told me where to find them.’

“’Look up, look up,’ echoed the oystercatcher’s call across the vale.

“And Arwena looked up, and saw two stars shooting across the sky, and fixing themselves in the constellation over there.” Willoughby pointed, and sure enough, there were two bright stars twinkling away where nobody could remember having seen them before.

“So remember, if you are good, and true, and brave, and help others, you will have a diamond soul that becomes a new star and lives in the sky, watching down on people, and helping them find beauty and truth in their lives.”

And with that, Willoughby hopped off the gargoyle on which he’d been perched, bounced on the platform, and vanished into thin air, to the rapturous applause of the crowd.

(Although he was spotted accepting food and drink from his admirers in the tavern later.)

Dedicated to all who have lost loved ones in the last week or so.  Their stars shine brightly now.