I’m really excited to be revealing the cover of a new book today, one that has been in gestation since the 1990s, when a journalist told my father that he ought to write his stories of his life in Africa in a book.

“I thought about it for a while, and turned it over in my mind but decided I couldn’t possibly write a book…. What with all the writing and checking and tightening it finishes so hard and fast and rigid, it’s not a story at all; so I decided to do these tapes to get the record straight.”

That’s how he introduces his first  tape, started in December 1995.  I guess his last entry was about September 2004.  The story wasn’t quite finished.  His tale covers his early career with Imperial Airways, setting up the flying boat service in Africa, and the start of his wartime sojourn in Cairo, saying little about moving troops about and keeping the “horseshoe route” between South Africa and Australia flying, but a lot about manipulating a few rules to get to marry his fiancée, then stationed in Kampala, Uganda!

I’ve been working on the book since 2010, and for the last year I’ve been prevaricating, especially about the publishing route.  But I always said I’d get it done before what would have been his 100th birthday in June 2015, so …  here’s the cover. 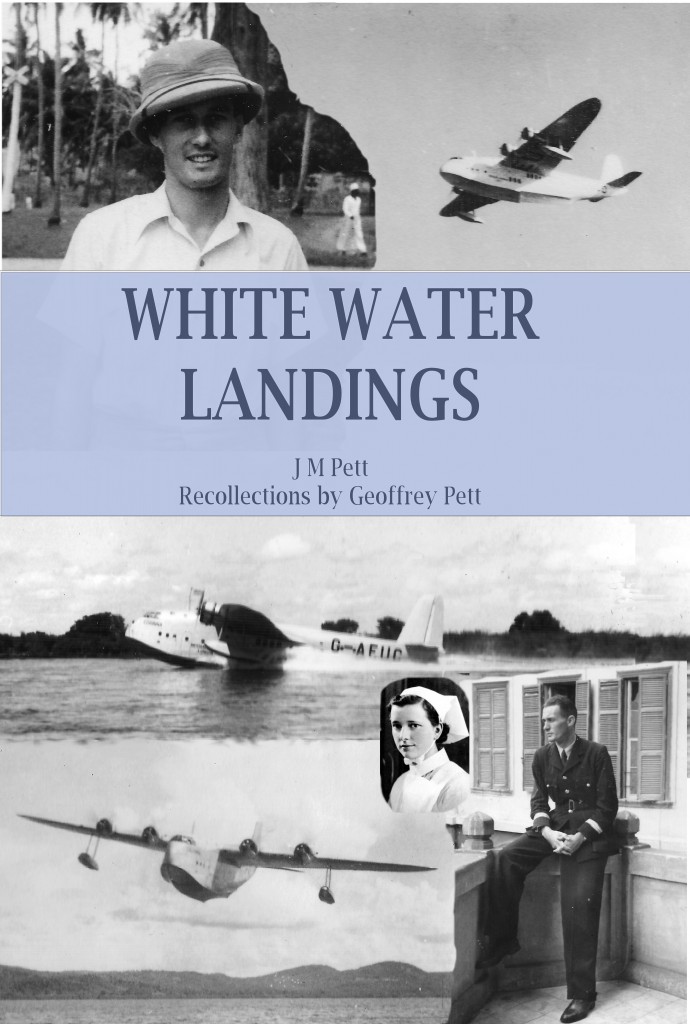 Views of the Imperial Airways Africa service from the ground

Published by Princelings Publications May 2015