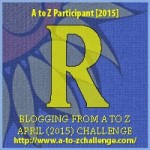 Raised beaches.  These are yet another geological feature I love.

Once upon a time there was a beach.  It was a nice beach, washed by the waves, getting built up and eroded like all beaches do.  Then there was a cataclysmic change in the water levels.  Maybe there was an earthquake or volcanic eruption and the land lifted.  Maybe there was a settling of the ocean floor and the sea level dropped.  The beach was left high and dry, and the sea lapped the ground newly above the waterline.  Another round of beach deposition and erosion took place.

And sometimes it happened all over again.

Raised beaches are fairly common around the UK.  Not all of them are on the coast – Dersingham Bog in Norfolk is a few miles inland and has a lovely cliff that is part of a raised beach group.  You can trace the raised beach all the way to the coast, though.  A lot of the UK’s sea level height changes are down to the retreat of the glaciers: all that ice pressed the surface crust down with its weight, and when it retreated the crust lifted up again.  Now it’s settling once more in the east, and still rising in the west.  Just like a cork bobbing on the waves!

My favourite raised beaches are on Mull.  The place I usually stay is surrounded by them, everywhere you look there is a superb raised bed – a lovely flat, grassy ledge, a few tens to a hundred yards wide, on top of a more or less sheer cliff.  Sometimes they are tiered like wedding cakes.  The ledges are full of bogs and bog plants, and widely grazed by sheep and goats, too.  They make for lovely walks with great sea views – although if you want to change levels, it’s a bit of a scramble!