The Norfolk & Norwich Festival finished yesterday, although the Open Studios events continue until June 4th.  Yet again a host of events across all artistic media were hosted, experienced, constructed, collaborated and enjoyed!  I got my act together early, and took part in three events, all hosted by Writers Centre Norwich, and supported by Waterstones.

The Gothic Imagination was a reading and discussion on the gothic genre by two masters of the  field, Sarah Waters (Tipping the Velvet, Fingersmith) and Sarah Perry (After Me Comes the Flood), both of whom have Norfolk connections.  Coincidentally, my bookclub book for May was Fingersmith, and I’ll review it on Saturday.

We started with Sarah Waters reading from her most recent book, The Paying Guests.  It’s set in a part of the London referred to as a ‘clerk’ area, which implies a great deal about the type and aspirations of people living there.  A mother and daughter have to take in paying guests (lodgers, but long term) in order to support themselves after the death of the husband.  In a short excerpt from near the start, Sarah built mystery and suspense, and I could see how the definition that emerged of gothic literature hinged on the developement of doubt and dread.  Ms Waters’ use of adjectives reminded me that in editing my work, I may have gone too far.  I need to put back details.  The disposal of a mouse caught in a trap became an extended, visceral, shuddery process, encapsulated for me by the phrase “picking it up by its gristly tail”.  Gristly makes all the difference.

Sarah Perry gave us two short excerpts, one from the start of her first book, After Me Comes the Flood, and then four A4 (letter paper) sides from her new novel The Essex Serpent, to be published July 2016.  The key to gothic (Ms Perry studied this for her PhD) is the building of dread, and distinguishing it from fear or terror.  She cited a book from early literature, by Maturin, in which, after describing various grisly things, the author writes in italics Emotions are my Events.  This, she felt is the key to gothic, the play on the reader’s emotions, and both Sarahs agreed the impact was intended to last beyond the novel itself, unlike Horror, which may be repulsive and scary, but usually ends with a completion.

I am of course simplifying a very complex discussion, but this is what I took away, and I think I may be on my way to understanding what the gothic genre means, and also realising that I am on my way to writing it by mistake.  Familiar Territory could easily be developed along gothic lines.  And may well be! 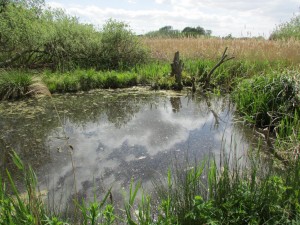 My other two Festival Forays were of a more practical nature; outdoor masterclasses on Wild Writing and Nature Writing in some of Norfolk’s wild open spaces, Holkham National Nature Reserve and Blackwater Carr.  Holkham is the sort of area Elly Griffiths uses in The Crossing Places.  Blackwater Carr is just at the edge of the area I use for the Princelings’ Castle Marsh, or Familiar Territory. Mark Cocker was inspirational and struck a superb balance between practical observation and writing about what we’d seen.  My flash last Friday is adapted from some of those practice pieces.  Patrick Barkham had a more structured approach, but took rather longer on the ramble than planned, yet gave us ample opportunity to sample the sights, sounds smells (and probably tastes) of Holkham.  They gave me plenty of food for thought, and I hope to use the ideas and skills they brought to offer us more fully on the blog and in my writing. 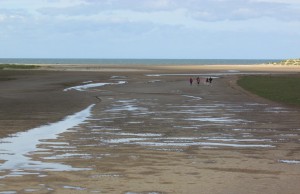 NNF15 – a writing masterclass or two…