The Cuckoo’s Calling by Robert Galbraith

I think one should read books without knowing the author’s little secrets, and when one of my bookclub tried to tell everyone who the author really was, I tried to stop her.  But then the paperbacks are handed out and there it is, right on the front of the cover… J K Rowling.  I personally think that makes a difference to the way you read things, whether you think it does or not.  For a start, the debate between male and female writers comes into play.  Does reading Robert Galbraith make any difference?  My dad used to throw down books in disgust at times, and then look at the cover and say something about hating women writers.  I think I know why.  Women writers tend to impart much more information about relationships, feelings, etc and this can get in the way of the action.  It certainly slows it down.  There’s nothing wrong with this tendency, in my view, it’s just a matter of taste.  My Dad didn’t like it.

As I was busy editing my own book when I first started reading this (for the bookclub book of the month, but I’d been championing it and itching to read it), so I was surprised at just how much description there was in it.  In fact I’d say that along with Fingersmith (Sarah Waters), the amount of description is way over what I’ve taken from writing courses and guidance as being ‘good’ writing.  The trouble is, both of those books are in genres which demand considerable description in order to set the scene, develop tension, and enable misdirection.  So it made me think about my own writing more, which is definitely a good thing.

In the Cuckoo’s Calling, a famous fashion model falls to her death one snowy night, and the almost-failed private detective, Cormoran Strike, is engaged, months later, by a brother who wants to prove it was murder.  It’s a deceptively simple premise, and the twists and turns are mostly brilliant.  Mostly, because I didn’t quite follow the reasoning in the denouement, but maybe I hadn’t paid enough attention somewhere in the story.

One section of the book absolutely blew me away.  They tell us to write what we know.  Galbraith’s writing of the paparazzi pouncing on the model’s friend as she left a nightclub with her bodyguard for the night (Strike) was absolutely terrifying, and more so when you remember how Rowling was launched into the spotlight herself.

Frankly, the book is worth reading for that alone. I thoroughly enjoyed it anyway, and I’m looking forward to reading the next Cormoran Strike book, Silkworm, in the future.

But do you really want to be famous?  Read this book and think again… 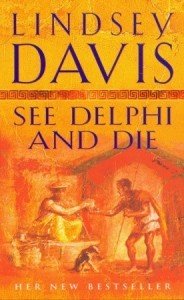 As far as I know, Lindsey Davis does not suffer from paparazzi.  Neither does her wonderful private detective from Ancient Rome, Marcus Didius Falco.  This is the seventeenth book in the series, so we know Falco, his wife Helena, his kids, and his dog, Nux, well.  This time one of Helena’s brothers has been shipped off to Athens for higher education, but sends a letter home about some unexplained death.  At the same time, another unexplained death has been brought to Falco’s attention.  He takes the case, with a little prodding from an emperor’s aide, which at least means some expenses might be forthcoming, and sets off on a package tour to Athens, via Olympia (not in Olympic year, despite some confusion over the dates, thanks to Nero).  And Delphi, where strange events lead to even nastier things happening at another oracle’s site.

I am committed to Falco, but either I’m getting tired, or he is, or maybe Ms Davis is.  I feel it lacked the sparkle of previous stories, although the historical events and daily life are portrayed as accurately as ever, and the range of characters as diverse, too.  I am comfortable with the books, and I still turn to them for a good read, but I wonder whether I am working my way through the last few for completeness, rather than enjoyment.  Well, no, that’s not fair.  I enjoy Falco and always will.  I’m sure I wouldn’t have the staying power with my characters to produce seventeen (let alone twenty) unique and exciting stories about them.

One for the fans, maybe, although adults who enjoy cosy mysteries and Wendy Leighton-Porter’s Shadows from the Past may like this series too! 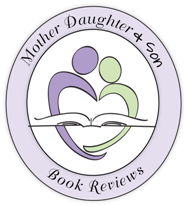 You might like to know that I have a guest post on Mother Daughter Book Reviews today. I’m talking about my favourite series for older (middle grade) kids. There might just be a BookElf or two among them!