Oh, I saw this on Patricia Lynne’s site and I couldn’t stop laughing.  Then I realised I just had time to join in myself.  And after a traumatic time in the dentist’s chair yesterday, with everything else that’s been going on recently, I thought it was about time I lightened up.

PonyFest is the invention of Rebecca Enzor, and the idea to make one of more of the characters in your book into My Little Pony characters.  I hope you’re laughing!

So… here is what my hard-bitten asteroid miners, Big Pete and the Swede, really look like!! 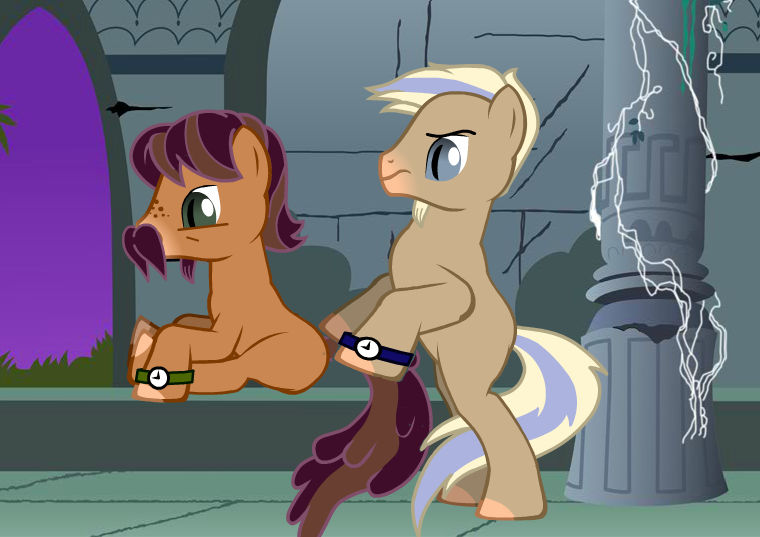 I reckon that’s a pretty good likeness, even if I do say it myself!

Pete and the Swede are my heroes in The Perihelix, the first of a new science fiction series that will be out in January.  You can get a sampler to give you a general idea of the universe they’re in, or follow their website at Viridianseries.uk.

The Perihelix: two orichalcum miners, three escorts, and a whole pile of trouble as the men get drawn back from the wilds of the Viridian System to face their destinies.

I can’t enter the competition at PonyFest as I’m in the UK, and I’ve broken the rules to let Pete be in a sitting pose anyway.  But you can check out other mad fools/geniuses who have made their characters into ponies by checking the comments in Rebecca Enzor’s post.

PonyFest15 – Big Pete and the Swede

Tagged on: custom pony    My Little Pony    Pete and the Swede    PonyFest15    Rebecca Enzor    The Perihelix