Before I get started on the tour, please could I ask you to go over to Author Shout where The Perihelix is up against a load of other great covers in COVER WARS all week.  Please vote EVERY DAY all this week.  Thank you (and please tell your friends).

Today I welcome back the amazing Cheryl Carpinello (who is a fellow BookElf), on tour with Tutankhamen – thanks to My Family’s Heart.  As you saw on Saturday’s review of Sons of the Sphinx, Cheryl is good friends with Tut, having discovered his diary, or at least parts of it, when she was on holiday in Egypt.  Of course she had to hush all this up, and accredit others for the discovery, but she’s slid it out as fiction, and it makes a really good read. Check the interview and giveaway after my review!

First, a quick summary of the book Tutankhamen Speaks. 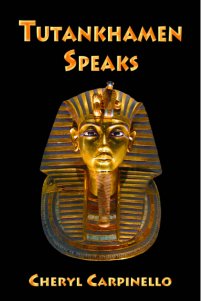 Long ago the old texts of ancient Egypt alluded to scrolls in which King Tut spoke to the people from beyond the tomb. Many archeologists put this down to an incorrect translation of the ancient Egyptian texts. Others swore to the accuracy of the translation. None of that mattered because the scrolls in question could not be found. Scholars labeled it a hoax, something that never existed. It was ludicrous to imagine someone speaking from the grave. They were wrong on both accounts.

It too me a while to realise that this book is really a set of scrolls, translated and made sense of by the author, even if it masquerades as fiction.  There is a huge amount of detail of day-to-day life of the young Tutankhamen and his sister that could only come from a valid document of the time.  It makes for fascinating reading, adding context and texture to anyone’s understanding of  ancient Egypt — and shows just how much like you and me they are – despite the heat, the different gods, the frightening (at times) regime, and the strange customs surrounding the way the pharaohs were required to live their lives.

The book is somewhat fragmented, which is unsurprising since the scrolls themselves were not in best condition.  This can be frustrating to the reader, since no sooner do you start something than you’re left hanging.  But a couple of the scrolls are more or less in tact, and Ms Carpinello does a terrific job of that, although I’m not sure how Tut dictated how he felt when he died to someone.  Maybe it was someone left in his burial chamber with him, I don’t know.

And I received an ARC of Tut Speaks as part of this tour, then went and bought Sons of the Sphinx myself, so I know what I’m talking about! 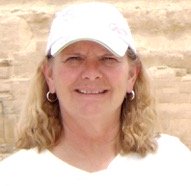 Hi Cheryl, and welcome to my blog today.  As you know I’ve read some of your Arthurian stories, and I really enjoyed your story in the BookElves Anthology Vol 2.  And I’m a big fan of Egypt, ancient and modern.

What made you decide to do a series in the realm of the Egyptian Pharaohs?

It wasn’t so much that I wanted to write about the pharaohs, as I wanted to write a story set in Ancient Egypt. It took three years to decide what to write and then that decision was sparked by an article in the newspaper about the exhibition of articles found in King Tut’s tomb coming to Denver in 2010—I went to that exhibit three times that fall, once with 100 high school students in tow!

I had also read so much about the discovery of the tomb, the items in it, and how those related to Tut’s short life that my brain went into overtime. Somewhere along the line, I started wondering what his life was really like. There were, and are, so many conflicting ideas out there.

Did you go to Egypt before or after you started writing the books – and what did you like most about your trip?

My husband and I vacation different from many people. In addition to being a retired teacher, I’m also a retired airline employee, so when we fly, it is on standby status. We’re never sure when we are going to arrive at our destination, so we can’t take advantage of commercial tours.

We toured Egypt for three weeks on our own—as we did the UK in 2014. We journeyed via the train from Cairo to Aswan to Luxor and then back to Cairo. We stood next to the stature of Ramses and Nefertari at Abu Simbel, placed our hands on the granite blocks of the pyramids in the same places as the workers must have placed theirs, floated down the Nile from Luxor temple to Karnak temple, followed the paths mourners took into the Valley of the Kings, gazed from up the feet of the Colossi of Memnon, and spent an entire day in the Cairo Museum! What didn’t I like? Absolutely nothing!

Well, I know what you mean! I did the river trip from Luxor to Aswan in about 1992, and then in 1999 I was lucky enough to work with a girl who lived in Cairo, and visited them in 2002-3.  It’s an amazing place.  I hope it gets easier to visit again soon.

Your voice of the boy pharaoh comes over very vividly, yet very little is really known about him, even now.  How did you go about creating his character?

I tried a few approaches, but those came across as unrealistic. In the end I just let him tell his own story, much as a person today would tell theirs. I knew that there were moments that he would remember all his life—some happy, some sad—just as you and I do. Of course, he had to relate it after his death, as the final episode in the story had to be how he died.

Tutankhamen Speaks isn’t about the lost scrolls that the blurb references. It’s about the story written down on ancient papyrus: his story.

What was the most difficult aspect of writing these books?

Thinking back on Tutankhamen Speaks and Sons of the Sphinx, the hardest part was figuring how to tell the story I had in my head. And it’s that way with all my stories. I know what I want to get across, but I struggle—literally for months—on how to tell it. For me, the research is always the most enjoyable part of writing historical fiction.

Most of my readers probably know you also have a series involving King Arthur and the Camelot legend.  Which is easier to write about (and why).

I love writing both. I am romantic—in the literary sense—and have found Arthurian Legend to be mystical and inspiring. Imagine a ruler coming back at a time when his people need him the most? I’m sure readers can think of another historical figure similar to Arthur.

Of ancient Egypt, I’m captivated by that magical land and the gods and goddesses that ruled. Ancient Egypt was at one time the center of the known world created civilizations that could have rivaled 5th century Greece or Rome.

Whom do you prefer, Arthur or Tutankhamen?

That’s hard to say. It’s not really Arthur that I write about although the principles and morals of his reign are an essential part of my stories. My characters—Guinevere, Cedwyn, & one yet unveiled—are developed in conjunction with the influence of Arthur on the people around him.

As for Tut—I still very much intrigued by him. He is a mystery in the middle of a turbulent time. I enjoyed my time with him, but doubt he will make another appearance in my stories. However, I’m not done with the ancient world yet.

If you had to live in either period of time, which would you choose?

Physically I could never survive in Ancient Egypt. I abhor the heat. I nearly died in the tomb of Tuthmosis III of heat exhaustion and dehydration!

Oh, I can understand that – fortunately both my trips were in the winter!

I could live in medieval times in England. The climate and land is not too different from Colorado.

The lack of our modern conveniences in both time periods would present hurdles but ones I could surmount—I think!

One problem I am extremely headstrong. I wouldn’t fit into the molds for women in either of those times. I would either be flogged or locked up!

I’m sure you would adapt, but then, we do live in different times, and I for one am glad of that.  For one thing, I certainly never would have been able to talk to you like this if we lived in the past!  Thank you very much for the interview, and all the best for the books!

And now for the Giveaway! 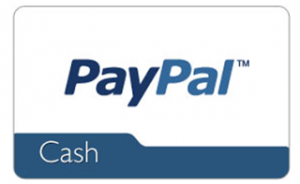