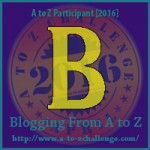 This year my A to Z theme is world building, and today I’m featuring Ballybran.  But it’s also my book review day, so here’s a book review of sorts.

B is for Ballybran, and that is the setting for the Crystal Singer series by Anne McCaffrey.  Well, the main setting, although Killashandra, book 2 in the series, is placed mainly on a planet Killa is sent to investigate as part of an ostensible review of a crystal installation… but I’m getting ahead of myself.

The Crystal Singer: Killashandra Ree is told she will never make an intergalactic opera star, but she’ll be fine as a second-rank soloist or support.  Killashandra is not going to play second fiddle to anyone, and in outrage she sets off to find somewhere, anywhere, where she will be the best in the world.  She ends up applying to be a crystal miner on the extraordinarily secretive Ballybran.  It’s a job for life, due to the way Ballybran crystal interacts with those who mine it; and not everyone can, which provides a large population of supporting jobs for those who don’t make the grade but can’t leave Ballybran.

This is a book ideal for teenage and twenties girls who believe they can change the world, be anything they want to be, and don’t want to lie down and accept what life hands them.  I don’t know anyone who might be like that…  well, yes, I found Killa to be a heroine I wanted to be, out on the ranges, singing to crystal, and jetting round the universe installing it.  Even better, in book 2, the eponymous Killashandra, she sets off to a wonderful planet conserved for the leisure enjoyment of all, to find a stifling set of rules and elders who insists that nothing should change.  No creativity, no stepping outside of the norms.  Not even interference with the ground of the planet, so that houses are built uncertainly on the surface and make the whole place look a tumbledown mess.  And the rebels are free thinking, free spirited people, who roam around by boat in the south sea islands.  Mmm….  And the hot one, I suddenly realise, is called Lars.  He’s nothing like my Lars, although he’s just as sexy.  Hm.  I think I may have to work harder to make sure my Lars isn’t too much like Lars Dahl.

Book 3 is less memorable, and, since I have written all the above from memory, I find it interesting that the only part of the story I remember of book 3 (Crystal Line) is that Killa develops into the sort of crystal miner she hated in the first book, and Lars does other things (I remember what, but hey, spoilers!).  In many ways, this book is the proof of the excellence of Ms McCaffrey’s world-building in the other books.  People are who they are, the system is what it is, and the development of both is perfectly logical and inevitable.  Having enthused about girls being able to be who they want to be, maybe this brings us back to earth with ‘but only within the rules of the society they live in.’  But we can change, indeed we have to change to survive.

I love most of Anne McCaffrey’s books, and I love the way they can cross into each other’s universes – Killa has a trip on a Brain Ship in one of them – which makes me feel that the world building has been fully rounded.  I think I might have gone to be a Crystal Singer – but I’m afraid I might have failed the test.  But as someone else says in one of their Goodreads reviews – nearly all Anne McCaffrey’s books feature a woman who is exceptional, whose talent is ignored, who breaks out with or without anyone’s help, makes a huge success of it, and generally finds a gorgeous man who adores her for it.  Then again, what’s wrong with that?