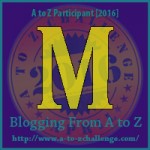 Yes, we’re world-building again on flash fiction day, so I’m pulling out some old-style explorers and setting them off to explore some of the ruins of Mbeya – which features in The Perihelix, the first book of the Viridian System series.  I thought it was a shame I’d only used Mbeya for one episode – the planet deserves so much more.  The name Mbeya comes from a place in Africa where my father worked for a while in the early days of commercial aviation.  This story is just under 1000 words.

The Tower of Mbeya

Lawrence Stirling Carruthers XXIV gazed at the desert landscape below.  After five days acclimatising to Mbeya, checking the local archives and library while his partner, Michael J Edwards, sorted out the local workforce, transport, and provisions, they were finally on their trip. The Sector Department of Antiquities had refused his applications for scientific examination of his painstakingly gathered evidence.  An archeological survey was deemed counter-constructive to Mbeya’s development.  So Carruthers called it a tourist trip.

Acclimatisation had been painful.  The nose filters were uncomfortable; Carruthers constantly fought the desire to remove them.  The sun was scorching, while the additional gravity made every movement an effort. On day two they realised a digging party was necessary; they could never carry out their normal level of physical labour.  And unless the diggers were rewarded, any finds would be leaked back to the Mbeyan authorities.

“We could use the reward we used in Machu’ura,” Edwards suggested.

“How many are we taking?”

Carruthers sighed.  “No.  Do a deal on the finds.  Something simple.”

The future of the natives assured, all had been loaded onto a flyer which Edwards could pilot.

He parked the vehicle close to an unpromising mound of rock, shored up with sand on the eastern side, pinpricked by the constant wind across the plains from the west.  Edwards directed the porters setting up the awning for the flyer, its extension across their stores and the sleeping area for the natives, while Carruthers started laying out the plot from his sensors.  He stationed one man at each corner of a large rectangle, and started them digging.  The other two diggers hauled away buckets of sand, depositing them as a bank on the east side.  After half an hour, the teams rotated, so it was one hour digging and half an hour hauling sand for each person. After three hours, Carruthers called a break, and they withdrew to the shade for a meal.

“What do you think?” Edwards asked as they sat in the cooled flyer.

“Promising.  The northeast corner has already reached stone — not rock, but smooth stone.  The two on the north edge are concentrating on that now.”

Edwards was impressed.  Carruthers was noted for lucky finds — the rumour was he never dug unless he was sure.  Starting so quickly had been encouraging, but finding evidence of worked stone in the first session was fantastic.

“Do you want the lights set up?”

“Yes.  We’ll stay on the normal sleep cycle, work in the relative cool of night, and sleep till midday.”

When they broke for a second meal and water, it had been dark for two hours, and the air temperature was slowly falling.  The stonework had continued downwards, and the porters had laid extending ladders from the flyer down the side of the pit.

Edwards gazed at the natives around their meal pot. “I wonder what they’re talking about.”

“Probably wondering why we want to uncover something buried for centuries.”

“Does their mythology include it?”

“Nothing in the library to indicate any superstitions.  I thought there might be, given the legend.”

“How do you think that will manifest itself?”

“Before we came, I thought of local dust storms, perhaps mirages, singing sands, that sort of thing.  Now, well, the tower itself might have some surprises, or even act as a huge organ pipe.”

Edwards nodded.  Carruthers had been clear on the risks of this expedition, but also the potential rewards.  “And since it’s only a trip, we can always cover up and return another time.”

Privately, Edwards thought that the chances of covering up and returning were nil.  Carruthers had invested most of the proceeds of his previous dig in this one.

The last session of the evening saw them clearing out the top section of the tower.

“Excellent!” Carruthers stood back as Edwards peered down into black space surrounded by square stone.  “We’ll stop here, and wait till morning.”

“Is there a door or something?” Edwards was puzzled; it all seemed too easy.

“Oh, yes, and it seems like a simple wooden hatchway.  It’s in good condition.  I’d carry on, but we should rest the locals.  Doesn’t do to seem too eager.”

Edwards called the men to halt, and directed them to rest for the next six hours.

The aurora started about an hour before dawn.  It came from the ground.

The howling best described as a banshee started quietly, building to infiltrate even the tiredest brain. Carruthers and Edwards emerged from the flyer, their hands clapped to their ears, trying to make out where the noise came from, as the pre-dawn light spread rosily over the scratching sands, which clicked and jumped as their temperature rose.

The porters and diggers were nowhere to be seen.

As Carruthers screwed up his eyes to peer through the dust that enveloped the site, he wondered what the tolerable limit was to the frequencies that emanated from the tower.  Then he saw a stone pillar rising from the centre of the dust, higher and higher, catching the morning sun as it rose sixty, eighty metres, accompanied by a cacophony of sound.

Edwards collapsed, writhing in agony as the sound burst his eardrums.  If he was screaming, Carruthers could not hear him.  He gasped for air, pulled out his nose plugs in desperation, and stuck them in his ears. It hardly made a difference, yet now Carruthers was exposed to the low, but accumulative poison levels in Mbeya’s atmosphere.  But Carruthers was losing his mind, and losing his life came as a blessing.

The silence echoed over the desert.  The dust settled.  The tower sank back, slowly, settling the sand around its base until no sign remained.

The natives emerged from the protective blanket they had huddled under during the night, packed up the stores and equipment, and set off in the flyer, showing complete familiarity with its controls, leaving two strangers to desiccate in the Mbeya sun.

#FridayFlash Fiction | The Tower of Mbeya

13 thoughts on “#FridayFlash Fiction | The Tower of Mbeya”