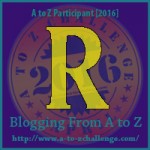 R is for Rufus, a star system on the Beta side of the Alpha Quadrant. I’m world-building in my own system today.

There are two inhabited planets: Rufus 5 is called Pavane, and Rufus 6 is so far unnamed.  The Rufus system is a strong partner in the Federation (see letter F), one of the two dominating forces in my universe (see letter I).

The Pavanians are a well-travelled bunch, and range from general space flotsam, as we find in the first chapter of the Perihelix, when one hired thug tries to steal from the Swede, to highly ranked officials in the Federation.  Indeed from the flash fiction below, it looks like Rufus could even be the location of their meeting hall, the Rathalle, although my other notes say that the Federation originated in the Lyra system, where the three inhabited planets are V’iola, D’Bass and P’csion, hence the original name of the Grand Federation of Orchestral Manoeuvres.  Perhaps the Pavanians from Rufus 5 gained the ascendency in the Federation and moved the ritual meetings – the Tingwald is held every five years – to their own territory.

Pavanians are ruthless, hot-tempered, but capable of great self-control.  Bearing grudges and exacting revenge long after the event are their specialities.  Physically they look humanoid but tough, and that includes an element of leatheriness to their skin. Their bones are much denser than the typical human, and they recover quickly from injury.  Pete and the Swede discover they are capable of regrowing digits.

I haven’t had the need to build the physical worlds of the Rufus system yet, but they must be tough to produce these creatures; maybe denser air and/or higher gravity. With the Rathalle described below, there’s an element of gothic architecture that has been derived from somewhere, and mixed in with germanic and nordic language and traditions, but I always feel that Pavanians have something in common with Klingons or Cardassians.

Fiction in fifty words is a great meme for anyone who fancies giving it a go – check out the BookShelf Gargoyle who launched it on the unsuspecting world a couple of years back.  I mean, how difficult is it to write a fifty word story once a month?  In this month’s prompt we were invited to pick our own final word in “Born to ….”

The vaulted Rathalle echoed as tri-lutes and zithers played the traditional music.  The nobles of Rufus, V’iola and D’Bass processed up the aisle, pausing in rhythm to bow to their neighbours, point toes forward and dance onwards in the ancient ritual.

The hundred and second Federation Tingwald had begun.

R is for Rufus and #Fi50 for April