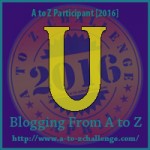 Ulric is a planet within the Imperium, although it is not a planet, but a large moon, orbiting the planet Daedalus, which orbits the star Barnard at 1AU, the same distance as the Earth from the Sun.  Barnard, as it is generally termed in my Viridian System universe, around the 29th century, some 700 years after the Exodus from Earth (which is now uninhabitable), was originally known as Barnard’s Star, or Proxima Ophiuchi.  It is one of the closest stars to the Solar system, along with Proxima Centauri.  It lies between those two systems along the western spiral arm.

It’s interesting mixing fact and fiction within the world-building that I do.  Barnard’s Star is a red dwarf, a very ancient star, nearly the end of its life.  It was thought to have planets at a relatively early stage of astronomy, although recent research has eliminated many types of planet from the possible options.  Terrestrial-type planets have not yet been eliminated. [source: wikipedia] 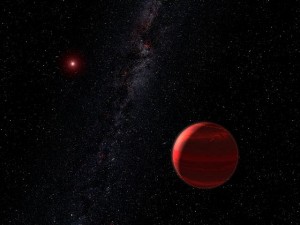 All the rest of what I’ve built for Ulric & Daedalus is fiction, but takes the distance from the star as a starting point for its physical characteristics – at 1AU the light from Barnard is about 100 times that of our full moon, and it is much stronger in the infrared.  Consequently I have allowed Ulric and Daedalus to be relatively warm; Daedalus is rather too hot for comfortable living due to the greenhouse effect on the water vapour in its atmosphere.   Ulric orbits Daedalus retrograde, i.e. in the opposite direction from Daedalus’s rotation, which has the effect of keeping it on the ‘sunny’ side of the planet, and Ulric’s own rotation keeps it a habitable temperature and climate.

That’s for the techies, I suppose.  It means that Ulric is a temperate ‘planet’, with seas, active volcanoes, and vegetative growth, and daylight dimmer than normal for human eyes but fine for general needs for anyone used to it.  It is a well populated planet, with five landmasses that have constantly shifting political alliances with each other, and a global council which represents its interests within the Imperium.  Three of the ‘nations’ are industrialised, with considerable Imperium aid in technology and know-how, especially to maintain the Old Earth Reconnaissance Technostation; the other two are primarily agricultural, keeping the Ulrics self-sufficient in food.

There is not much of importance at Ulric.  The Delphian seer, or Oracle, caused so much trouble some twenty years ago she was banished to an independent planet further out, to keep her from interfering with various political manoeuvres. She was last known to be on the planet Bartelski.  One of Ulric’s more active council representatives moved off planet about the same time, to become a permanent member of the Imperium Senate.  If you’ve followed this A to Z, or my blog generally, you know him as Kaa Birith, a name he took to hide his unfashionable origins.  The only other person from Ulric you might have come across is his son, Alwyn Johansson, who left to go to Farsight Academy and never came back. Not under that name, at any rate.

Keep up with all the news on the Viridian System series at our website.

You’ve only got till the end of the week to enter my giveaway – see the rafflecopter top right!

U is for Ulric