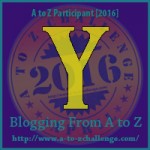 Friday is flash fiction day, and I’ve restricted myself to just over 800 words to bring you a piece of Viridian System series backstory, which readers of The Perihelix have been asking for.  Well, they wanted to know more about the enigmatic Aramintha, anyway, so here’s some world-building about the planet York.  I hope you enjoy it.  No previous knowledge is needed as it’s pretty standard space opera fare, but the posts for letters F for Federation and I for Imperium might add substance.

Even if you miss out tomorrow’s post, come back for Monday’s round-up, with all the hints from my interviewed authors gathered together.  And don’t forget to enter the Giveaway – which closes at midnight tomorrow night.

4 thoughts on “#FridayFlash Fiction | The White Rose of York”