I’m very happy to join in the launch party for the latest by Patricia Josephine (aka Patricia Lynne) ABDUCTED LIFE. 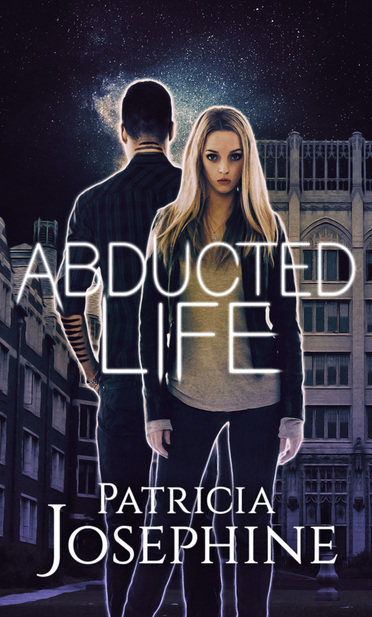 Evan Sullivan never gave extra-terrestrials much thought until the night he and Savannah were abducted. While Savannah’s memory was wiped clean, he remembers every horrific detail. Constantly reminded of the experiments that made him less than human, Evan hides in the shadows and watches Savannah rebuild her life without him.

​​​     White-hot light stung his eyes. The roar of an engine shook his eardrums, threatening to burst them. His arms and legs were pinned to the cold ground. Above, a massive craft hovered. It was black and sleek, like a giant Porsche with wings instead of wheels. Turbines beat out a frantic rhythm, and yellow lights flashed along its belly. With a low warble, the craft lifted up, vanishing among the stars in a matter of seconds.
Silence settled over the field. He rose to his feet. His only thought was to reach the girl lying motionless nearby. He stumbled across the flattened grass to Savannah. Her skin was washed white in the moonlight, and her strawberry blond curls were in tangles. She didn’t respond to his touch, but her breathing and pulse were steady. He gathered her into his arms.

In the distance, sirens wailed. Headlights raced down the road toward them. Panic lodged in his throat, and he bolted up. If they saw him…

Pre-order (or order) on Amazon for 99 cents.