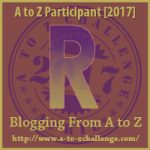 Red Sky at Night was the saying I took for this week’s flash fiction prompt. It needed to begin with R for the A to Z Challenge.  I stole the idea for the quest from Ben Zackheim’s The Camelot Kids Book 1, which is the current Book of the Month on Good Middle Grade Reads (Goodreads group).  Red Sky at Night is 1200 words, and it stars Sir Woebegone, who first appeared way back in 2013!

Sir Woebegone sat on a rock outside the shepherds’ hut halfway up the mountainside. It was a marvellous view: the sunset catching the river made it glint like diamonds strewn amongst the folds of the meadows as they emerged from the roots of the mountains. Red clouds streaked the deepening blue overhead, and the last bird shone white in the dying rays as it sped off to roost.

Sir Woebegone saw nothing of this.

Red sky at night might mean shepherds’ delight, but there were no shepherds with a welcoming fire, no food, and precious little to look forward to in the morning. If he lasted that long.

How had he got himself into this fix? Walking into a village and sitting on a bench outside a hostelry did not usually lead to almost certain death. His observation that there were few young people around the village was just that. The next minute he was answering ‘yes’ to the question “Will you, noble sire, carry our carefully gathered treasure up to the monster to appease him?”

Appeasement, indeed.  Bribe, cajole, even buy back, might have been better.

But he was a knight, albeit one without a king, queen or even empress to serve, so he must do knightly things in far-flung places such as this. Although, to be fair, he usually found far-flung places to his liking.

The sun set, and the light faded. The red remained, but it had moved. Now the undersides of the clouds showed red streaks, and orange, too, sometimes steady, sometimes flickering, and mainly from the direction of the other side of the hill. Woebegone, who had a logical brain, knew that meant the dragon was awake, and active.

He planned to deliver the treasure when the dragon was asleep, probably not under the cover of darkness. He suspected the villagers had tried that, and failed. Since dragons could smell treasure, would this one sleep at dawn, or seek out the treasure-bearer.

Woebegone grabbed his handkerchief and stuck it between his knees to soften the sound of them knocking together. Then he sighed, got up and waddled into the hut, settled himself in the upright chair. It was no night to unstrap his armour and lie down like any civilised person.

He woke to a wind whistling in his ear. The door remained shut. He looked towards the window, and started.

It was a deep and soothing voice, and it belonged to the owner of the large eye that filled the window. Woebegone could just make out a crinkled, wrinkled, leathery eye-ridge above it.

“So, what brings you here? Nobody’s been up the mountain for ever such a long time.”

“Visiting the shepherds? There aren’t any. They preferred to give me their fair maidens rather than their gold. No standards these days.”

“Really? What did you hear?”

“That you stole their fair m—I mean, their daughters and sons, and demanded their gold as ransom.”

“Hah! They said that, did they? Typical! Craven, greedy, avaricious…  enough about them. Why did you decide to help?”

“So I gathered. But why a quest for this worthless bunch?”

“Well—” Sir Woebegone reminded himself that dragons were truth-twisters, and not to fall into this one’s trap. “They didn’t seem worthless to me. Their side of it sounds different, you know, just as you’d expect. Two sides to every story, and so on.”

“Red sky in the morning, shepherds’ warning, all that glisters is not gold, all that claptrap?”

“And maybe you had a little time on your hands, and no money, and needed a quest to keep your quota up.”

“Yes, that’s— er, no, I was coming this way so it seemed like a useful thing to do.” Never tell a dragon the truth.

“Well, where’s the treasure then?”

“Is it enough for twenty maidens and the two strapping young lads who were all they could offer me last time?”

“They said it was their entire wealth, including the proceeds from the table-top sale they went to down at Ambleside a week or so ago.”

“Oh, yes. The Ambleside Fair. That was fun!”

“Well, a dragon has to have a day out occasionally. I nipped down late in the afternoon to scare the gypsies. They threw it at me to make me go away. Very profitable.”

“Now, about this treasure. Does it include your measly life?”

“What?” Woebegone’s hand slipped to his scabbard. There was no sword there, but it was force of habit in dangerous situations.

“Is your life part of the treasure package?”

“Oh, how disappointing. Are you just going to hand over the treasure, then?”

“Not until the fair maidens are free—and the lads too.”

“I confess I let the lads escape a couple of weeks back. They were keen to get away, and I offered to pretend I’d eaten them, so their fathers wouldn’t start searching for them.”

“Oh. Well, maybe I should keep back some of the treasure. I mean, if they were very strapping, they’d be a loss to set against the debt.”

“That would be fair, but then I’d have to take your hide as tradition requires.”

“So, you free the maidens, I’ll deliver the treasure.”

Woebegone didn’t like that one bit. This was all far too easy. “When?”

“It’ll be dawn in an hour. How about we go up to the cave, sort out the maidens, and let them back down the hill to their parents, then you give me the treasure.”

Woebegone paused. This was most un-dragonlike. What did he have up his snout, or under his wing, or wherever dragons keep their secrets?

“No catch. I’ve worked it out fairly. After all, you’re Sir Woebegone, aren’t you?”

“I know your friend.”

Woebegone thought about it. If this dragon knew the dragon who had his sword, he might also know Woebegone’s secret of disappearing when danger really threatened him. So he knew the knight was not worth capturing.

“Every one of them.”

“And let them go back to their village?”

Woebegone went up to the dragon’s cave with him, and released the fair maidens. He watched them dash down the mountain towards their homes.

The dragon leant his head against Woebegone, watching too. “Not exactly prime specimens of fair maidens, are they?”

“I’ve seen better.” They were well over the age for being maidens, and most of them were anything but fair. He gave the dragon the treasure sack. “Now what?”

“Well, I suggest you get yourself off on your next quest, while I make a nice bit of glow for the underside of the clouds, and we go through the whole rigmarole again.” The dragon noticed Woebegone’s puzzled expression.  “Red sky in the morning, shepherds’ warning, you know.  Only fair to tease them a bit before we start again.”

Woebegone left. He’d had enough of shepherds for one quest.