Lord Colman is one of the antagonists of the Princelings of the East series.  He’s also Prince Kevin’s uncle.  Colman is the reason why Kevin is not yet king of Castle Deeping.  Since my new book The Princelings of the North (out on 30th January) is as much Kevin’s book as it is Dylan and Dougall’s, I thought you might like one of Kevin’s past appearances in the series.  Here he is, gullible as ever, demonstrating that Colman appreciates his artistic streak, if nothing else.

This excerpt is from Bravo Victor, book 6 in the series, in which Fred sends much-loved Victor (now a budding business guru, and narrator of the book) on a mission.  He joins the local undercover agent as an expert taster, to find out who is trying to smuggle Wozna cola into the Realms. 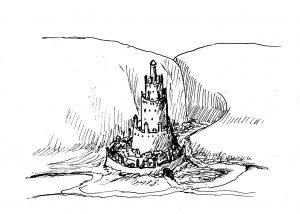 Lord Colman watched from the cliff as his aides carried lanterns to guide the small ship into the mouth of his river.  He’d considered directing the ship upstream to the little port below the rapids, just a few hundred metres from his castle, but decided against it–this time, at any rate.  He resorted to a traditional method of moving this stock, one he’d read about it a book.

Four and twenty ponies trotting through the dark.
Brandy for the parson, baccy for the clerk.

It was a bit of doggerel, really.  Brandy was some sort of refined drink, a strong one, but he had no idea what baccy was.  Maybe he should rebrand this drink as Baccy.

His aides finished unloading the ship and strapped the goods onto the ponies.  They set off in a line carrying the smuggled goods up the rocky path through the gorge, all the way to Castle Deeping.  Sometimes the old ways are better, Colman thought, since the ponies handled this track more neatly than the grav-sleds would have coped.  The sleds were excellent for level roads, though.

After two more trips for the ponies, Lord Colman’s new beverages were safely installed in the cellars.  He picked up one bottle and compared it with one supplied by the Rajah fellow a few nights earlier.  As a volume transaction, the shipload was better, and it had the official label, so he knew what it was and where it had originated.  Unless the Rajah could find a way of getting more crates to him, he’d lose business.  The Rajah’s stock was supposedly brewed under licence, though, so it should be the same thing.  He’d learnt from Smallweed that if you were selling different batches, you had to have excellent quality control to make sure it tasted the same.

He took one bottle of each version upstairs with him.

“What’s that, uncle?”  Kevin asked as they sat down for their sunrise meal.

“This is the new drink I asked you to design a label for.  Have some.”

“We have to decide that.  Have you got any ideas?”

“Why are the bottles different?”

“They come from two different sources.  Always worthwhile to have two sources.  Then you don’t have to rely on just one.”

Kevin looked at the bottles, reading Wozna on one and Blackbird on the other.  “I suppose you don’t want the name or label to look anything like these.”

“Exactly my thought,” Colman replied.  He was never quite sure whether young Prince Kevin was on his side or not.  He thought of the plan he had for Kevin if he proved unreliable.  At the moment, though, he was useful, especially since he seemed gifted in the way of design.

“How about ‘Source’,” Kevin suggested.

“No, Source.”  Kevin spelled it out for him.

“Can I have a drink of Source?”  Colman asked an imaginary barkeeper, trying the name out.  “No, but a good try.”  He sipped his drink again and rolled it around his tongue.

“I’d imagine them dropping things from above!  Robin?”

“Can you make a suitable label?”

“How about the river running through the gorge, with moonlight showing on the castle points?”

Colman smiled.  It made the drink totally his.  “Can I have a drink of Arun?  No, it’s not quite right.  I like the label, though.  How about Moonlight?”

“Good.  How soon can you let me have the master designs for the label, then?”

There’s a Goodreads Giveaway open for all Goodreads members living outside the USA at present.  Enter for a chance to win Bravo Victor here:

and here are the original Kevin (foreground) and Colman, celebrating Colman’s seventh birthday about a month before he died in 2015. Kevin died age 6½ last May. 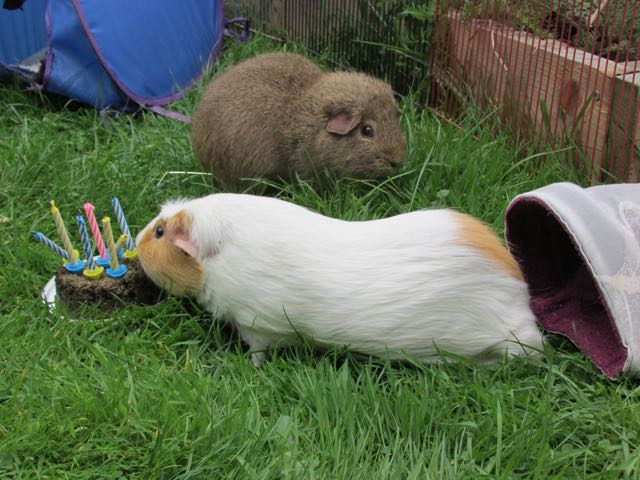