My January to-do list is.. oh heck, it’s the fourth week of January already. All those marketing ideas I was going to sort out, technical things like adding X-Ray to my books, working out what new platforms to use… the list is endless.  .[tick!]  At least January is a long month, as usual, and I’ve another ten days to get the urgent things done.

Of course I’ve used much of my time wisely, setting up the launch of The Princelings of the North.  If you haven’t already signed up for the Launch Post, which gives you an entry listing on the raffle for multiple copies of my books internationally, you’ve still time.  See all the details and content for a post here and fill in the form so I get back to you.

Part of this includes promoting the whole series – through Goodreads Giveaways.  The news that Goodreads will be restricting its giveaways to US recipients only meant that I set up giveaways for each of my books for all countries except the USA.  The one for the first book ends next Monday, and they close progressively week by week until the end of February. Check all my open giveaways here.

White Water Landings has a giveaway open too, again for non-US residents only.  Actually I think people in the Commonwealth take more interest in this.

Some things came up at the end of last year which made me want to explore the value of new social media developments. Facebook is increasingly useless as a means of communicating about one’s books, except perhaps to friends, unless you want to pay through the nose with no real check on the value provided. I think pay per click advertising has more merit.

A few author friends have started a Patreon page.  I browsed this at new year.  My first thought is that I’d be asking people to subscribe real money to get the sort of content I give here. There would be extra work in delivering regular ‘rewards’, but an exclusive monthly post to people subscribing real money to help pay for my professional editors would definitely be a benefit.  I could also reward patrons with exclusive looks at my chapter illustrations.  As you can see, I’m unsure of whether to go with this.  It’s a growing area, though.

With the change of Goodreads to another arm of Amazon, as evidenced by the change in the giveaway policy, I need to look for an independent readers hangout. I joined Librarything years ago, but got stuck when I couldn’t add more books to my to-read list.  I must spend some time evaluating Librarything as an alternative to Goodreads, and what I would lose if I stopped hanging out at Goodreads.

Why am I so determined not to be constrained by Amazon?  Read Mark Coker’s discussion if you haven’t already.  Either you’re an indie author or you’re an Amazon author.  We have a choice – for now. As he says at the end of his article “If you value your independence, fight for it.”  And, at the moment, I get more iPad sales than I do Kindle. A few other new developments crossed my path during December, and now I can’t remember what they were!

I read the information Amazon sent by email about the new X-Ray for KDP authors and set up the system for The Princelings of the East in a break from editing!  I didn’t publish it, though—I wasn’t sure whether it added value.

Then Chris McMullen posted this guide, and it reminded me of the whole thing.

I think X-Ray may be useful for readers of fantasy and scifi in particular, and maybe also historical fiction, to help remember who is related to whom. I must publish it for the first book, and roll it out for the rest of the series.  It isn’t urgent, but then, new kindle editions with colour chapter illustrations are not urgent, but nice to do, too.  I think I may hold back on those until I’ve finished the last in the series, though.

This is probably one of my best ways of raising awareness of my books to people who haven’t come across them. 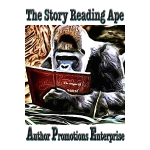 I’m continuing my slot with The Story Reading Ape this year – second Sunday of the month – but doing flash fiction all year!  The idea came to me a while ago when I was looking at my illustrator Dani’s wonderful fantasy creatures.  Pick some of her illustrations and write stories for the characters.  So that’s what I’m doing, with Dani’s permission.  You can see the first in the series on TSRA here.

I enjoyed my visits to Solveig Warner and Sally Cronin last month.  Sally is helping with the launch of Princelings of the North. I’m now working on guest posts for Don Massenzio, for Noelle Granger (thanks, Noelle) and also for Sally later in the year.  I’m sure I have someone else listed, too.

One benefit of browsing some of these posts: I’ve picked up some really appropriate calls for submissions to anthologies.

There are two I’m focused on. One is open at present: Everything Change Climate Fiction Contest 2018. I know about about climate change, and I think I should come up with something under 5000 words that might catch someone’s eye.

The other one was from a list by Bryn Donovan of fantasy and scifi publishers who accept unsolicited manuscripts. This was worth working through, for me, as I picked up three ideas for submission, now or later in the year. I’ve taken one of my past flash fictions offline, as I think it hits the mark for a call that should open in a month or so.

Bear in mind I have the editing and production of two Viridian System stories, my priority for publication this year. It would be good if I wrote the last two Princelings series drafts, too! I keep thinking of snippets for those. I found my Friday Flash Fiction mojo still missing earlier this month; I’m going to ease off on both reading and writing if I don’t feel like it.  Focus on getting two the Viridian series out; give you some excerpts you may not have seen (or remember) since they are tasters for the books; and write flash fiction when the mojo returns.

It’s true that sitting down to write works, just putting one word after another until the story comes, but these other things need doing too. It’s a question of priorities. And you, dear reader, come first!