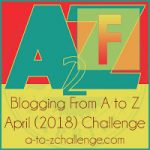 F is for Fred and George.  These two guinea pigs walked into my life on 26th July 2007, and changed it completely. They are the inspiration for all my fiction, since I had no idea I could write (in fact I believed I couldn’t) until they gave me the inspiration for the Princelings Trilogy. That it turned into a series after their triple bill is more down to Hugo and Humphrey and their successors.  But Fred and George continue to appear in most of the series, and will take centre stage again in the last two.

I’ve already spoken them as part of my inspiration in B for Brothers.  Regular readers already know just about everything about them, since they would now be coming up to their eleventh birthday, had they not departed when they were four.  Fortunately I can change that in fiction.

The Real Fred and George

They didn’t really talk, although sometimes they communicated perfectly clearly.  Fred’s Looks were particularly clear in their messages. “Time to come in, now, you know.”  “You’re late with breakfast” “You’re not taking a picture again??” and even “Fancy a cuddle?”  It is his patient, somewhat withering look I remember best.  George had a great way with words as part of his duties on the Rodents With Attitude forum (sadly defunct).  He was very good at answering care questions from the guinea pig’s point of view. One of the Mods said once that she thought most of the members thought he was real.  He is, I replied.

George went on to found the website George’s Guinea Pig World, where his successors continue to blog about life with Mummy still.  Percy did a great summary of all the authors there on the 500th post last month.

They were both perfect gentleman, a real contrast from Hugo and Victor, who followed on, who had their own very distinctive foibles.  I think it was this gentlemanlike manner that completely hooked me on guinea pigs as companion animals.  I’m not sure that Oscar and Midge, lovely as they are, would have had the same impact.

Fred and George in conversation

I’ve done many character interviews with Fred and George since I started writing about them as the Princelings of the East. All the character interviews for the series are listed on this site, but it looks like I need to update it. For instance, this one from July 2016 isn’t there, and it’s quite fun.

As I usually do flash fiction on Friday, here’s a flash-sized excerpt (they’ve taken me boating on the lakes around their castle):

“Well, for my readers then,” I say, “why don’t you just tell me who you are and how you fit into the books?”

“Aw, thanks.” He’s already red-haired so his blush doesn’t really show up. “But I am practical.  I invent things, sensible things to solve problems people have, or do things that would be better done by machine rather than huge effort of lots of people.  We live in Castle Marsh, the one on the rock over there, and apart from Castles Arbor and Wash, and a few outlying villages, as we call them these days, there’s nobody for miles.”

“Well, that’s a change,” I said.  “When we started the books you were just miles from anywhere.”

“Yes.  We see the folks from Arbor quite often, especially as they use the velocipedes, that Victor and Callisto developed, to come out and visit, or picnic, or whatever, any time they like.  It’s still a long way, and we have never got round to having a stagecoach, but we’re quite good neighbours, really.  Castle Wash is a stage ride away, and that goes three times a week, so we’re really very well connected to civilisation now.”

“And you invented the machines?” I prompt.

“Well, I specialise in flying machines, now that strawberry juice power plants make everything else work better.  Although the velocipede doesn’t use it, people pedal that – I think Victor invented it, or adapted it from an old machine his dad had.”

“And anyone can drive them,” added George.  “But I’m working on new types of flying machine. Bigger ones that can carry goods – which still go by horse-drawn vehicles on land, is it’s easier and cheaper.”

“Where will you fly goods to, though?” I ask.

George winks at me.  “I’ll tell you in a couple of years.”

I wink back.  “Okay.  Fred, tell people why you are lazing in the front of the boat.”

He stretches and comes back to sit beside me.  “I’m Fred, I’m King of Castle Marsh, and I hardly ever get any time off.  I used to be a natural philosopher, asking all sorts of interesting questions and then trying to find the answers, but now I just ask the questions; my team do the fun bit of working out how to answer them.  I really need a steward, but the person I want doesn’t want to do it yet, and anyway, he’s doing useful things on our behalf.”

“Well, when you get the next book written, I can talk about it some more.”

Fred may be a king, but he used to be a very cheeky princeling on occasions.  Sometimes he still is.

F is for Fred and George #AtoZChallenge2018

9 thoughts on “F is for Fred and George #AtoZChallenge2018”