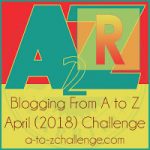 Roddenberry; Gene Roddenberry. Where would we be without him?  Do you think that today’s culture would be better or worse if we had not had Star Trek?  Can you imagine a world without Star Trek?  Would we have had Star Wars if Star Trek had not come first?  Is there a parallel universe in which Star Trek did not exist because Roddenberry succumbed to scarlet fever when he was a baby? 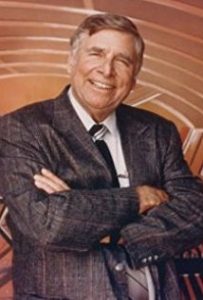 Gene Roddenberry wrote and produced Star Trek, fighting the tv companies to make it at a time when all that was on televisions were cowboys programmes and comedies. There are a few hundred sites dedicated to him, so I’m not even going to try to emulate them.  I just think that without Star Trek, we would still be stuck in a very straightlaced, intolerant world. You may think we are stuck in that anyway, but I believe it would have been so much worse.

On the one hand, Roddenberry’s ideas were simply in tune with the great events of his time; Kennedy, Martin Luther King Jr, the Apollo program.  On the other, he brought concepts into our living rooms that we only otherwise saw in the news – people respecting different beliefs, cultures, skin colours.  He had perspectives on tolerance and behaviour that could be used in school lessons.  I used Jean-Luc Picard’s listening style as an example in the communications courses I ran in the 1990s (I even sometimes remember to do it myself).  Roddenberry’s vision of an inter-racial crew working in harmony (okay, against common foes, who were alien) was shocking to the tv executives of the time.  And as for Kirk kissing Uhura…. it was shocking enough to be censored, although Roddenberry fought hard and won.

My all-time favourite episode of the Original Series was the Devil in the Dark.  This is how the Star Trek database opens its description:

When “The Devil in the Dark” premiered on March 9, 1967, it demonstrated why Star Trek was different from most other science fiction programs on television: it was a monster story, to be certain, but instead of the monster being simplistically evil and being destroyed in the end, the Horta was instead an intelligent individual with understandable motivations and one which cooperation was possible. Startrek.com

My Viridian System series is littered with aliens.  Many of them are humanoid, but some are very different, and most of those prove to have a different type of ‘intelligence’ than that humanoids measure.  It is undoubtedly down to the Horta that I picked up on this alien concept – and made of silicon, not carbon.  How would that make their lives different? What processes are different – how does biochemistry work?

Every now and then I come up with new alien lifeforms. I reckon they all stem back to this episode of Star Trek. Thank you, Gene Roddenberry, for all of it.

(picture of Gene Roddenberry from Imdb)

Here’s a repeat of a flash fiction, since it’s Friday on my blog.  I wanted a shorter one, but at least this is just 1000 words.

Coming through the dust cloud between Procyon and Altair my diversionary drive went bust. I thought we’d bought it, but a quick check of the map showed a rock in just the right position for us to slingshot and miss the little yellow sun. It was a fifty-fifty chance. No, it was an eighty-twenty chance, with only twenty in our favour.

Pod and my yelling stopped together. We were more or less intact. The rock’s atmosphere had hidden a load of ocean. I lay in my netting and waited for something else to happen.

Judging from the patterns of dark and light through pod’s porthole, this planet had a fast rotation. I counted four sunset/sunrise rotations before I got hungry, and by then I’d done a full survey of the onboard systems. I wasn’t going anywhere soon. Pod was happy with the salinity of the ocean and wouldn’t dissolve for a good few years. I asked if it could reproduce its spare parts, and it said no. Some, it added, but not all. It would let me know. Given how slow pods reproduced anyway, I decided I’d better find somewhere safer than open ocean. I cautiously opened the top hatch, decided pod hadn’t lied about the nitrogen content, and put up an eye for a look-see.

A few rotations later, we were definitely nearer a rock sticking out of the ocean, with a whole string of them beyond, possibly joined together to make a landmass. I wanted to find somewhere quiet to let pod do its thing. We floated along on the ocean current, hoping to get washed ashore. I found some nice nitrogen-rich vegetation floating along with us. Very tasty. Pod said there was oxygen and hydrogen in the ocean so I could cook up some nice nitrohydrates to keep us both healthy.

I watched the stars overhead and mapped them out according to my charts. We were on the Altair side of the planet’s night season. Made me homesick, not being able to see Procyon, but none of the stars looked right anyway. It amused me to make up new names for the constellations I spied out.

We’d probably been planeted for ten of my days when we struck dirt. The beach was shingle and bare rock in nice hexagonal pillar formations. Aesthetically pleasing. Pod would have told me how that formed but it was busy. Gets a bit temperamental when it’s reproducing.  I reckoned shelter would be good for it, since we’d had two sudden storms that had rocked us about a bit. I climbed out of my netting and proceeded to roll pod into a handy cave. It complained a bit, but I said it was for its own good and it quietened down to a sub-aural yammer.

We weren’t alone. I’d met some of the denizens of the ocean who called themselves dolfns. They’d made polite conversation, although we didn’t manage to crack each other’s codes. We’d sent images of nitrohydrate molecules to them, and they’d sent us something that might have been hydrated carbon, but whoever hydrated carbon? That would be nuts, so we assumed we’d misinterpreted them. We understood their general intentions, though, and were pleased to help enhance them, especially when they brought us some nice tasty flesh that they called fish.

Now we started getting visits from land aliens.

Some had two feet and wings, and sharp, pointed mouths. Their conversation consisted of food and our occupation of their favourite cave. Tough. I was prepared to fight them for it, but they shuffled along, found some ledges they were happy with, and set about rearing clones in a strange way.

Some funny four-limbed ones turned up in a half-pod, which they pulled up onto a beach further along, and walked on two legs up the grass slope to the top of the rock. They came and went without being aware of us. I could sense urgency about getting food, and interactions between them. Family seemed important. One of them showed himself the leader, but it was on sufferance, I reckoned.

One day, one of them came into the cave from the back, down a slit in the rocks. He saw pod, then me. I sat impassively; it’s our training for meeting aliens. He made inarticulate sounds running through a limited range of frequencies, so I settled my voice box into an appropriate chord and chatted to him. He fell over backwards, his speaking apparatus open in a soundless O. I tried mind-melding with him, and I think he got the message, but he certainly wasn’t articulate in return. The dolfns were far more communicative.

After that we started to get regular visits. Most of the aliens were polite, kept their distance, had good intentions, and some I even helped a little, since I could see they were in need of emotional support. A couple had need of physical support, so pod and I investigated their ill-formed bodies very gently, and set alignments in progress. I knew they’d improve more in time. Some came and stood before me, chanting. Occasionally they would spray me with water, so I always put my water protection on.

The one I remember best came just before we left. It had two main concerns which it pictured clearly in its mind. Obviously better disciplined than most. I gave what support I could to the absent ancestor, enhanced the delightful sounds it made using wind, fingers and an artefact of pipes, and it went away happy and determined, as did its companion, who just seemed delighted to have seen me.

I wondered what would happen to them, but pod had completed its cycle and we were ready to leave. I rolled it out onto the beach, waited for the water to rise and bear us off, and set us on a path for exit velocity on the third orbit.

We’ll be home in time for pod’s birthday. There’s no place like home!

This was a follow-up to a story about a pilgrimage.  You can read that here.

R is for Roddenberry, Gene #AtoZChallenge2018

4 thoughts on “R is for Roddenberry, Gene #AtoZChallenge2018”