Swans usually fly in twos or threes, in my experience. So it was a surprise to see six swans sailing overhead when I was playing golf at Fakenham on Monday.  You’ve noticed I go wild on lots of golf courses. 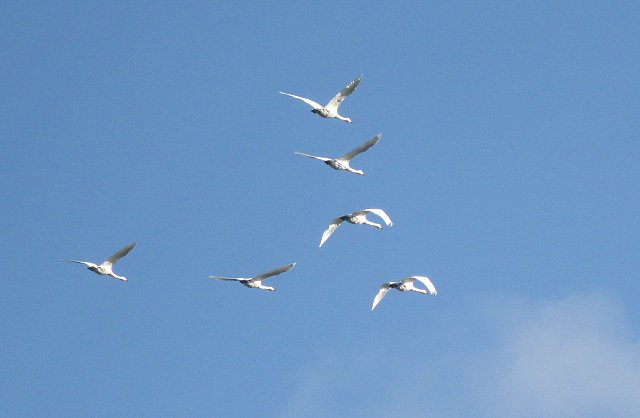 Fakenham is a market town in the middle of Norfolk.  It has a racecourse (national hunt, i.e. jump racing), which I’ve been to on many occasions, notably when Dancing Bay won his novice chase.  The golf course has nine holes, six of which wend their way through the woods, and alongside the nascent river Wensum, and then three laid out in the centre of the racecourse.  You then go round again from different teeing-off points to play a full round of eighteen holes. 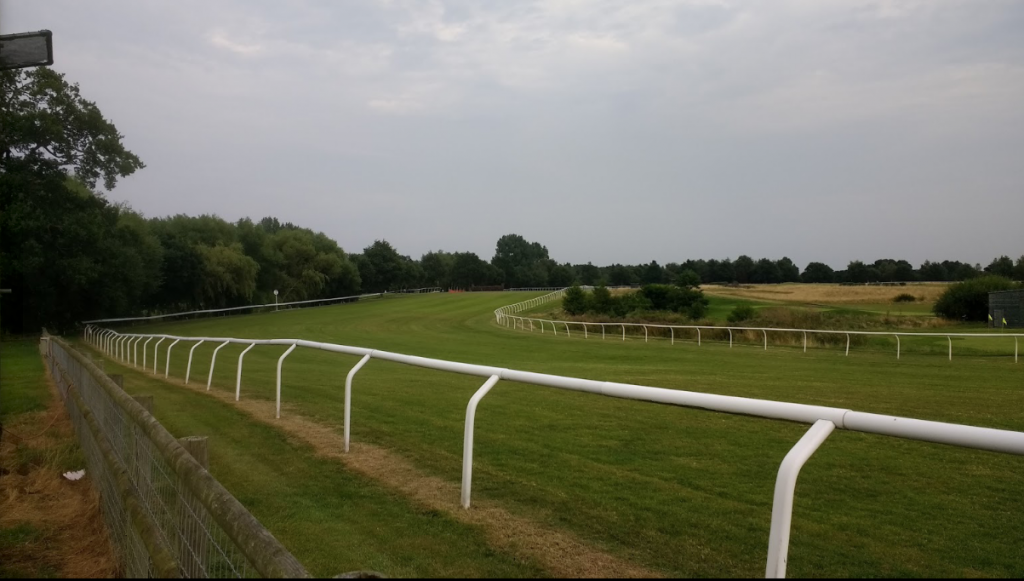 I was standing by the 12th tee, listening to yet another bird singing, when I realised just how rich the birdlife was here.  There were two song thrushes (which had caught my attention as they sang against each other).   A wren started a bit of tentative song, then shut up again.  Several chaffinches, blackcaps and garden warblers had made their presence known by sound if not by sight. Robins and blackbirds chirped up occasionally.  A goldfinch flittered overhead whilst ahead of us, two pied wagtails (one a youngster learning the job) chased flies around, darting here and there across the fairway.  High above two skylarks soared, singing as they wove their way through the light mist, which was finally lifting to give us dark cloud cover.

At the next tee, I noticed several more pied wagtails darting into and out of an oak tree at the side of the racecourse.  They seemed agitated.  I concluded there must be something in there endangering their young, and sure enough, a jay flew out, unable to put up with their racket.

As if that wasn’t all, we were accompanied for much of our game by a duck with three well-grown ducklings eating all the grass.  At the end of the course we were greeted by another duck and no fewer than eight ducklings, all crowding round her looking for shelter from these strange beings with things they pushed along.  I was just pleased to see that the oystercatcher, who had unwisely laid four beautiful brown speckled eggs by the starting hut, was no back sitting on them, having left them every time another games started.  I hope they hatch, but I doubt they’ll stand the regular disturbance.

Golf is quite a good game for birdwatching.