Swallowtail butterflies.  They are common on mainland Europe, but rare in the UK, and in any case they are much yellower – a subspecies, distinct from its European relatives.  The main place you find Swallowtails in the UK is Norfolk, and specifically the Broads.

So when Norfolk Wildlife Trust posted on Facebook that last weekend was an excellent time to go searching for a Swallowtail, I decided it was about time I looked for it.  And, what’s more, I should also add the rare subspecies of dragonfly, a Norfolk Hawker to my list.  More of that in a week or so.

I have been to the RSPB site at Strumpshaw many times since I came to Norfolk in 2006.  I have vivid memories of receiving phone calls from my solicitor explaining why my buyer had pulled out.  It was an after-work haven for me before returning to my temporary flat.  I had ‘just missed’ swallowtails there in the past and I always said I’d be back…  NWT had recommended Hickling Broad, but I decided on Strumpshaw.  After all if there were none there I could divert to Hickling on the way home. 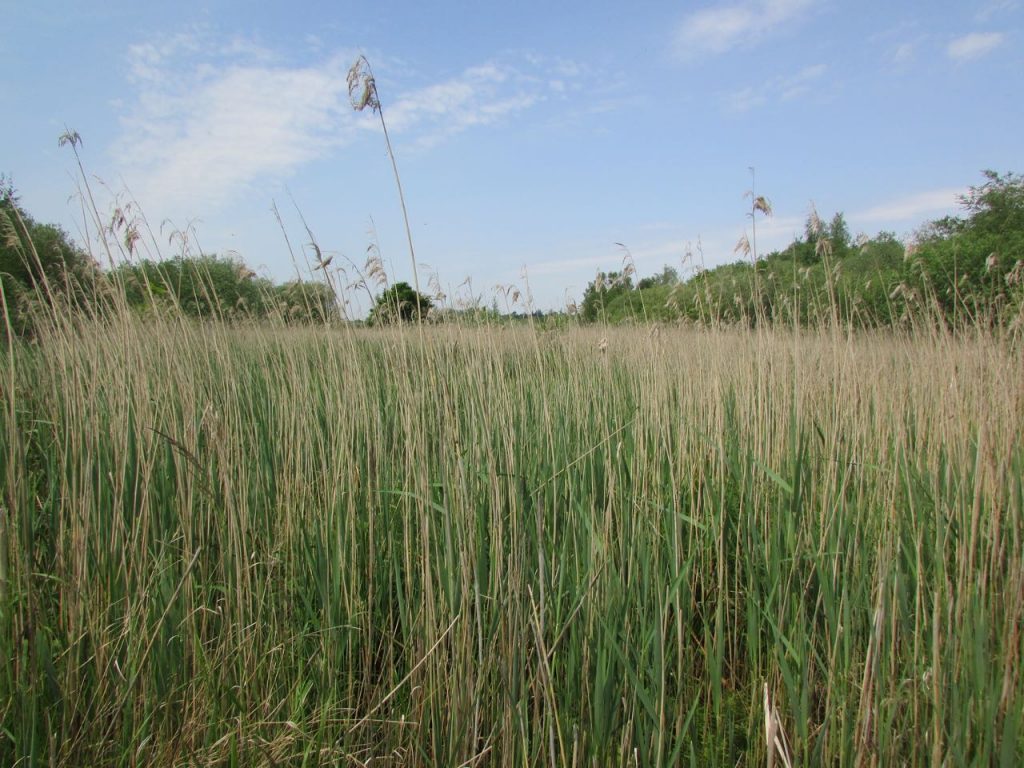 On arrival I presented myself and my card at the desk for my permit.  I told them I was here for the Swallowtails, and the delightful gentleman volunteer (whom I’m sure I’ve seen before), was only too happy to give me directions to the mostly likely spots.

The first was a meadow next to a cottage.  The owner was perfectly happy, it seemed, to allow swallowtail chasers to approach the house to get a closer view.  It was a wonderful meadow, and an even more wonderful garden, full of nectar-rich plants like phlox and lupin.

There were plenty of butterflies around in the warm sunshine, but the yellow ones were all plain – Brimstones, we call them, although according to a gentleman from Germany I got into conversation with, the Brimstone’s name in Germany translates as Lemon Flyer.  I explained that brimstone is the old word for the element sulphur.  I’ve always thought of brimstones as sulphurous yellow – yet the photo I got of one with its wings closed makes it look very green. 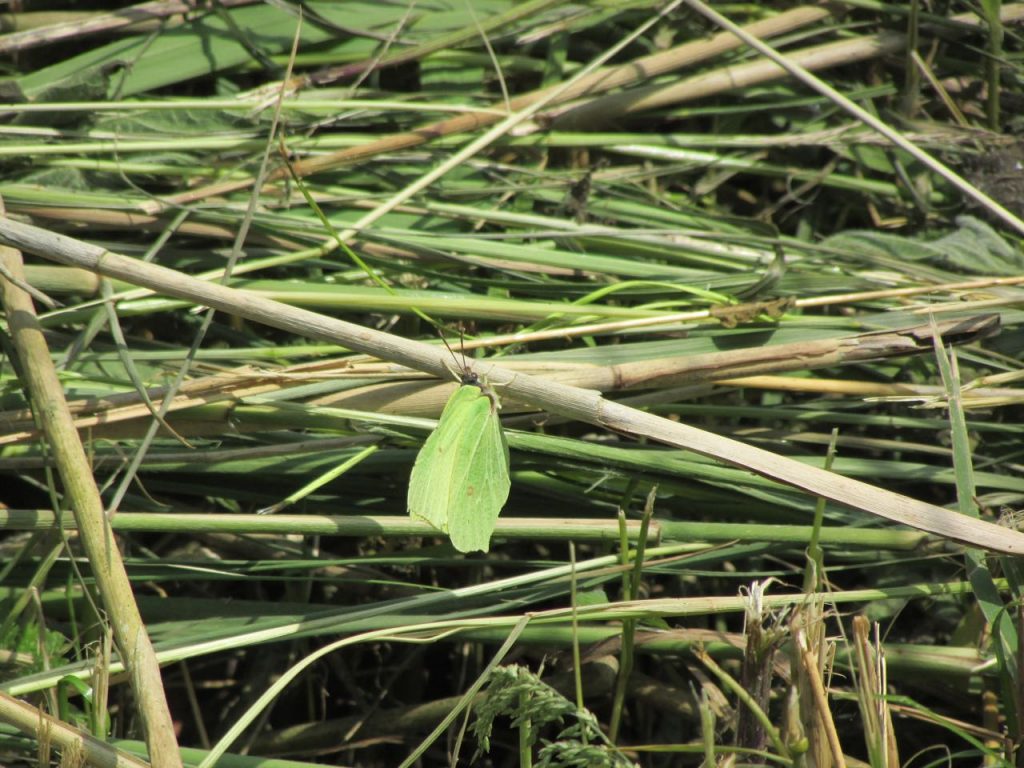 I was moving on to see if I could find a swallowtail further down the track on the reserve itself, when I met a birding buddy of mine, together with his wife. We had a lovely chat and I updated him on my bird surveys. I’d done one just that morning (I must be getting fitter to do two big walks in one day).  I wandered on, only to be called back, with my friend chasing after me. There was a swallowtail in the meadow. So of course I dashed back.

Flitting very fast, and being mobbed by the brimstones when it slowed down to look at the nectar plants, was a Swallowtail. From a distance he looks a bit grubby, and the black lines on his yellow wings sort of merge as he flies. Closer up you can see the markings, which are stupendous. This is a reasonably large butterfly, which would fit in the V between your thumb and first finger if you stretched you thumb out, and about thumb-length too.

The Swallowtail found more food and less harassment when he flew around the garden. At this point I started to head up the cottage’s front lawn. Some serious butterflyers (well, birders are birders) with huge camera lenses were gathering at a flowerbed. I kept back a bit, not wanting to intrude, but I saw the Swallowtail stop to feed on some carmine coloured plants, probably phlox, at which point I started to try a photo with my small camera at extended range. I could see some movement where the man with the large camera was pointing it, but I couldn’t really see the butterfly. 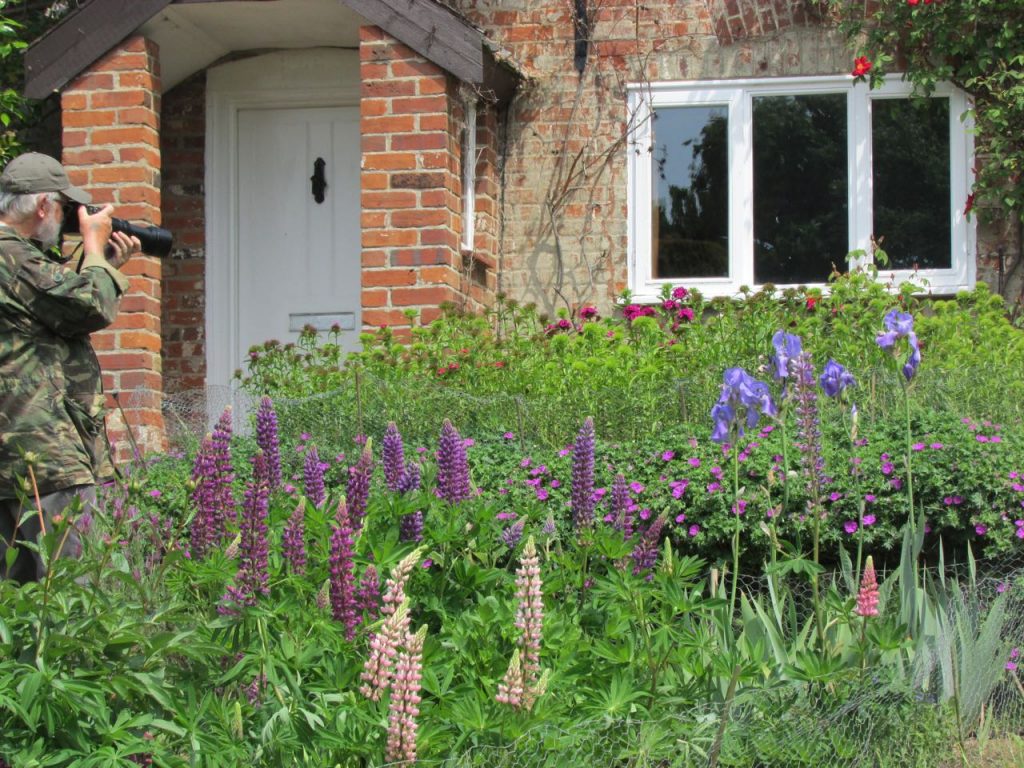 Then, just as I reckoned I’d got it in view (I couldn’t see the screen because I’d taken my glasses off to use the binoculars), it flew up, and off and away into the woods.  That was the best view I got. I did see two (or four) more, fluttering around the tops of the willow trees along the edge of the fen.

They really are the most handsome of butterflies.

And… when I got home, I found that I did indeed manage to take a photo of the Swallowtail as it flew off.  Just.  Can you spot it?  Tip: click on it to make it large, then examine the direction a swallowtail might fly off in… 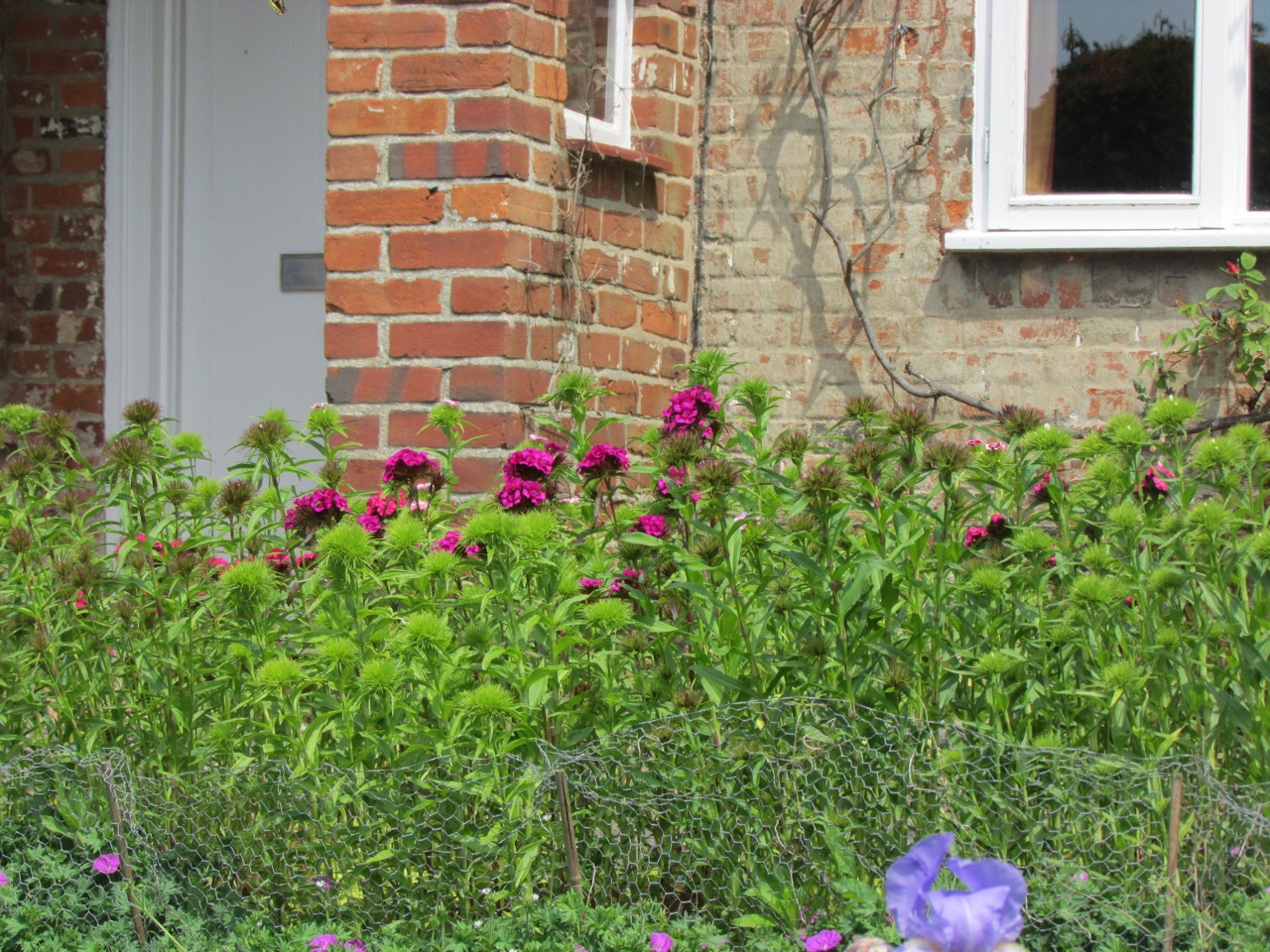 Need a clue? For most people it’s the entry and exit.

Got it? In front of the white door, just at the edge of the picture.  It’s small, but it’s all there!

This one is from the Lakenheath Fen website, which I reported on earlier in the week.  Just so as you know what I was chasing…  Isn’t it beautiful? 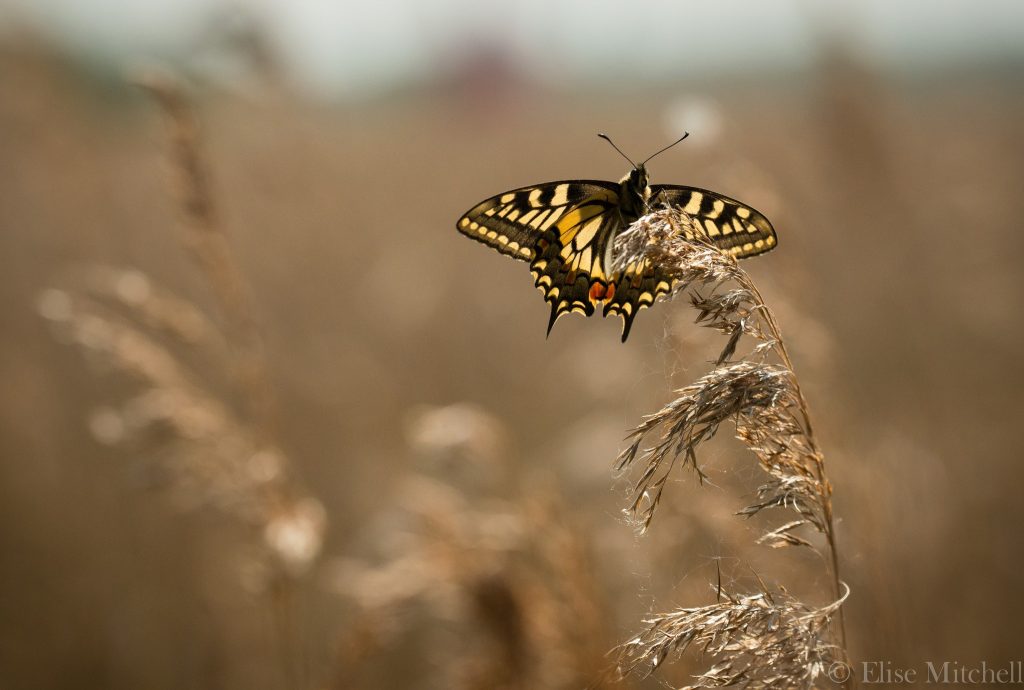 Photos are mine except for the last one, copyright RSPB Lakenheath Fen website

In search of a Swallowtail #30DaysWild