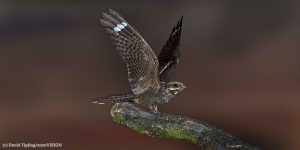 Nightjar was on my list for #30DaysWild, but I realised time was running out.  It was 9pm on Saturday evening, and I thought, well, I’ve just got time to find one.

I was introduced to Norfolk nightjars by my bird society, who, for many years, would have a meal at a local pub then go on to Buxton Heath to listen and watch for the birds.  Since I hadn’t heard a nightjar since my parents lived in Dorset, I jumped at the chance to renew my acquaintance.

It was about seven years ago now (already), that I last did the trip with the birders.  They’ve been going to a few other sites, and when I arrived about 9.20 I realised why.  The car park has been blocked off, although access for walkers and two-wheeled or four-footed users remains.  The track through the heath is now almost a tunnel, with the gorse towering above you on either side after you leave the woodland.  Fortunately, I spotted a gap and crept through into the corner of the heath, standing in front of the trees where the nightjars used to fly and perch. 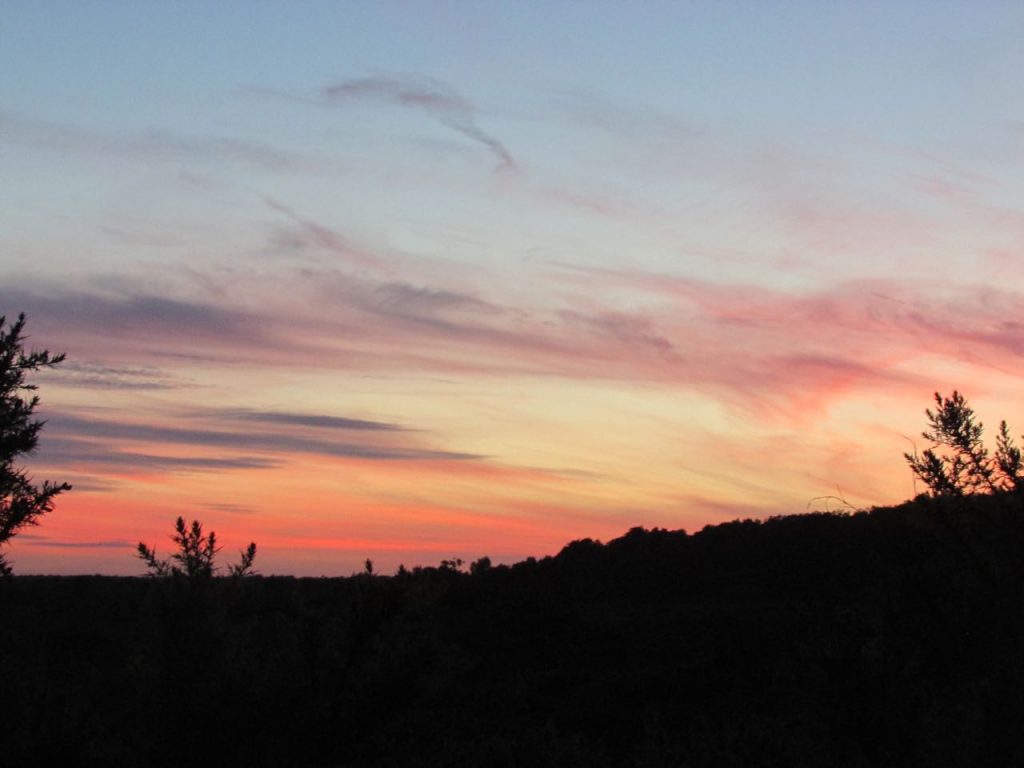 It was a gorgeous evening; the sun had set, but it was too light for stars.  Venus shone brightly above the wispy clouds that gave the rosy sky definition.  Behind me the three-quarters moon was rising, and I remembered it was close to Jupiter tonight.  I did a few pictures of the sky, and then, behind the roar of an airplane and the distant cheers of some people (maybe in a pub, watching the World Cup football), I heard the churr of the nightjar in the far distance.  That was direct across the heath, but to my right, in another corner, another nightjar answered.  They both stopped and a third churred from the left-hand corner.  That one was silent after that, but I thought I saw a silhouetted bird low over the trees in the distance.  When the churring started again, I think two birds were in that far corner.

I tried to record it on my camera using the video but it didn’t come out… what with cars in the lane behind, motorbikes on the main road in the distance, football revelry, and an overhead helicopter, the quiet countryside was anything but.  Although there is a strange sound on the video that suggests the mike couldn’t capture the high frequency buzzing.  It’s got a sort of drumming sound that is consistent with my memory of the churring starting and stopping.

It’s magical, even so.

Especially when you’ve remembered to put on thick socks, winter thickness impenetrable trousers, long sleeves, thin gloves, a jacket with a hood, a cap on top of your head, and applied insect repellent liberally on any parts that mozzies might still reach.  Moths and midges abounded. There’s certainly plenty for the nightjars to eat there.

Good thing these were there to light my way through the woodland path.  I’d forgotten my torch! 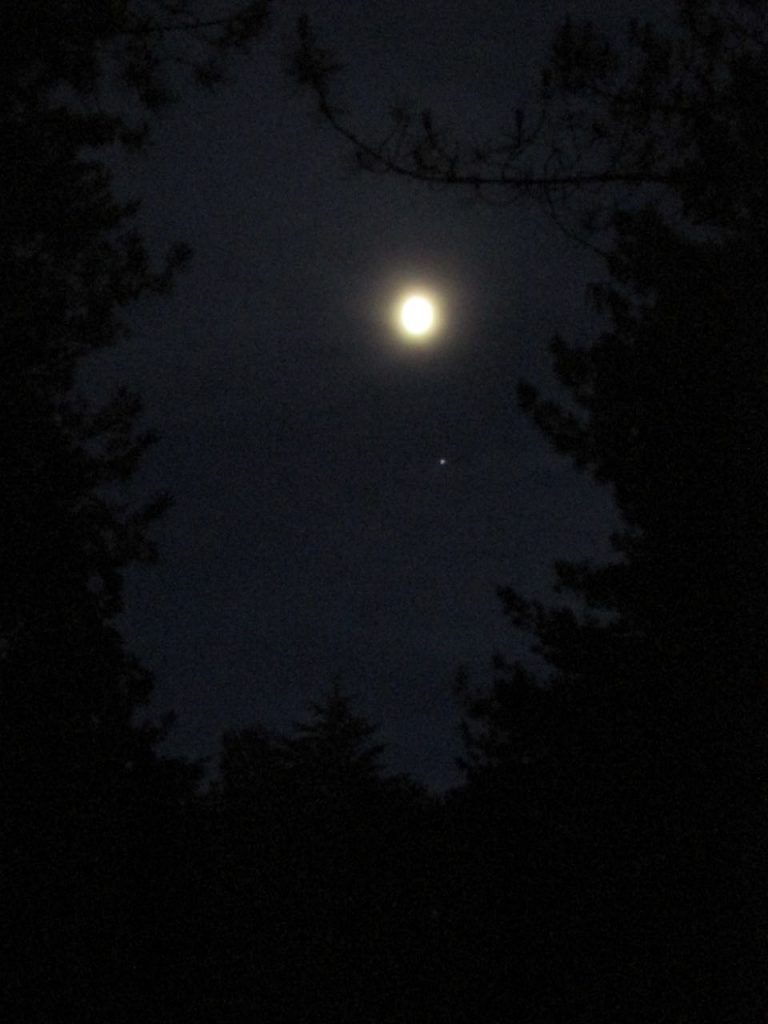 Nightjar in my writing

This was part of the #30DaysWild challenge.  You can still join in!

Nightjar photo from NWT, see accreditation on photo.  Other photos are mine. See CC logo is you want to use them.