Curved Space for Corsair is out at last!

Yes, today the second book in my Viridian System series launches on all ereader platforms.

There are some details, and excerpt, and a bit about me (in case you’d like to share it on social media where people might not know me) and a giveaway – for a $20 gift card and some free copies of the book.

Book 2 of the Viridian series

Curved Space to Corsair is the second in the Viridian series, a proposed trilogy. It follows on from the events in The Perihelix, and includes references to events in that book.

Asteroid miners Big Pete and the Swede deserve a holiday with Maggie and Dolores, but the Delta Quadrant is hardly a vacation spot. Pete has kept secret the call from his home planet, Corsair, to rescue them from disaster. He uses the excuse that Dolores is training to become a pilot and needs more space hours, only to send them through a natural wormhole to an uncharted destination.  Meanwhile the Imperium declares war on the Federation, while a little personal business by one of the senators leads him off in the direction of the Viridian System to start a canny land grab. 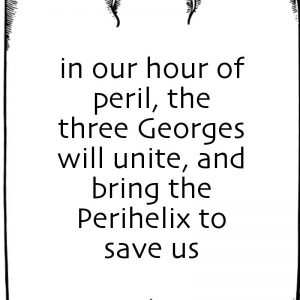 “We’ve never been this far out of the galactic plane before. Have we?” Lars Nilsson frowned as he viewed the flight plan displayed in front of the co-pilot.

“I thought we should be away from prying eyes. It’s probably safer than anywhere else.” The co-pilot, Pete Garcia, grinned. The two asteroid miners were enjoying their downtime, but not in their lovely villa on the sun-kissed slopes next to the sea on Sunset Strip. To pass the time while restoration work was being carried out on it, they were playing with their new custom-built space cruiser. It was a far cry from the cramped quarters of their mining craft. All mod cons, a biome to grow fresh vegetables, and two spacious cabins for them to relax with some privacy with their partners.

Pete’s partner, Dolores Azulzambi, studied the console in front of her. The courses Pete was giving her to plan for her pilot training were anything but straightforward.

“I mean,” Pete continued, “there’s nothing around here for Dolores to bump into when she practices her hops.”

Lars flicked a glance at Dolores, but she was not reacting to Pete’s teasing. She ran through a routine check of her course and systems, and sat back again. “When do you want me to hop, and where to?”

“Try setting a course to go to Balkh from here that swings around the Beehive Cluster.”

“Oooh, Balkh! You mean we can go visit some of those amazing temples they’ve got?” Ancient civilisations had been Dolores’ major, before her planet had been over-run by the Imperium.

“If you pass my test, yes.” Pete grinned, with an evil twinkle in his eye. Lars moved from his seat behind him into the gangway, and opened the locker where the spacesuits were stored.

“What are you doing?” Pete asked.

“Just tidying up. Shall I ask Maggie about lunch? Carry on, Dolores.” Lars went along to the galley smuggling a silver box and two masks in front of him.

“Okay, Dolores. Have you got your route set?”

Dolores showed him the track she’d laid in, where her waypoints were, and her estimated positions for the start and end of warpshift.

“Very good. Anything you’re not sure of?”

Dolores looked over her route again. “No, I’m fine.”

She wondered whether there was something about this route Pete wasn’t telling her. The first exercises had been simple point to points; then she’d had to avoid some nova debris. Last time she’d had to navigate by waypoints. Now she was combining these things together. She went over them again, just to make sure.

Dolores flicked a comlink: “Prepare for warpshift in ten, nine, eight…” She flicked the comlink off again, since Lars and Pete told her they never bothered to count down out loud. They all did it in their heads instead. Dolores watched the timer hit zero, and held on to her seat, clenching her muscles to keep her stomach stable. The unsettling effect of warpshift turned her inside out, then settled again. Then the cabin lights went red and an emergency klaxon sounded.

“What?” she gasped, as the computer voice said: “Warning, hull breach imminent, warning…” and repeated its message on continuous loop.

“Raise shields!” she ordered, trying to remember the drill she’d repeated during her booklearning.

“Shields inoperative,” the computer responded, while continuing its emergency alarm.

“What? er—all hands to spacesuits!” she ordered.

Jemima wrote her first book when she was eight years old. She was heavily into world-building, drawing maps, building railway timetables, and dreaming of being a champion show-jumper, until schoolwork got in the way. Then she went down the science path, reading all the scifi in her local library, writing papers, manuals and reports, as well as editing the newsletters for her sports clubs. She changed career aged 42, to a new and exciting cross-cutting science called environmental technology, and worked in energy efficiency and climate change. In her spare time she studied planetary science with the Open University just for fun. A few years on, she was writing stories set on new worlds in distant parts of the galaxy, featuring two guys she’d love to know better, and their women, who seem to be emerging from obscurity into leading characters themselves.

Giveaway prizes include a $20 gift card and copies of the ebook. The raffle opens on 22nd January and runs until 12th February.
a Rafflecopter giveaway