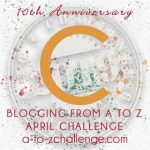 Castles seem to be an obsession with me.  The whole of the Princelings series revolves around inter-castle rivalry.  And here’s a post to celebrate C in the A to Z Anniversary challenge.

I’m doing flashbacks to the posts I’ve done on my past A to Z Challenges.  Today it’s a post from last year, when my theme was ‘inspirations for my writing’. 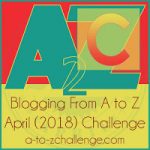 I started drawing the castles. Mostly they were simple keeps surrounded by more walls. Occasionally they turned into wedding-cake types of structures. #princelings #illustrations #atozchallenge Click To Tweet

If you like flashbacks, why not join in Flashback Friday?

I know I didn’t really mention the IWSG today. The question of the month was about hard scenes to write.

I’ve just finished writing a scene I’ve been dreading, where a major character dies. I’ve been crying all the way through it, and when I finished I must have sobbed for a good five minutes, nearly as much as when the real Fred died.

Oh, I feel awful. How do other writers cope?

C is for Castles – an AtoZChallenge Flashback special #IWSG