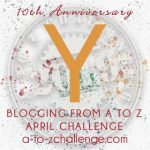 Yard or Yule? I was doing the A to Z of the Princelings world in 2012.  I couldn’t decide which to feature, so I did both.  This tenth anniversary year I’m doing flashbacks to my first seven AtoZs.  At this stage of the month I forget how hard it’s been and hope it will carry on forever.

I’ve done several other posts about Yuletide, since I used to do serials and special guest posts in the Christmas holiday period. One year I had descriptions of how Yule was celebrated in different castles.  That was fun! 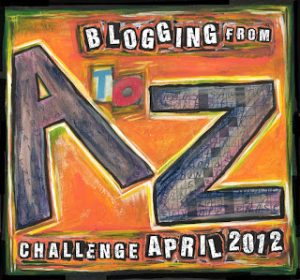 I am dithering: is Y for Yard or for Yule?  As they are both quite short topics, let’s do both of them!

Yard as in three feet, a unit of measurement

In the stories Fred and George use feet, inches, yards and miles.  Fred also refers to chains as a unit of distance.  22 yards make 1 chain. 10 chains make a furlong and there are 8 furlongs in a mile.  A chain is the length of a cricket pitch (between the two stumps).

However, there is definitely reference to metres in some part of these tales.  Somebody in the realms has gone metric, and it is unclear whether all the castles use their own measuring systems or whether change is coming to the realms.  There isn’t much interaction between the realms and the continent across the water but some of the coastal castles, including Wash and Dimerie have trade with castles ‘overseas’, so maybe they are modernising their systems to make trade easier.

Yule is a period of festivities all over the realms

It starts with the Solstice and ends with Green Willow Day ten days later.  Solstice is greeted with a formal ceremony and speeches about the passing of time and the renewal of the earth.  It’s usually very cold during Yule, and can get even colder in the months following, so it seems rather early to celebrate the renewal of the earth, and the green shoots on the willow, but that’s what they do.  Then during the ten days there are lots of meals, fireside chats and get-togethers for friends and families, and usually some games to keep everyone entertained.

It is the busiest time for Narrators – any community that does not have a resident narrator usually persuades an itinerant one to stay for the festival.  Often an itinerant one will return to his or her home area so as to be with old friends and family.  Some prefer to be with strangers, though! 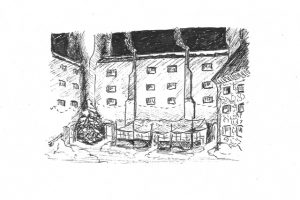 In some castles there are special traditions for Yule.

The day after Green Willow Day is called New Year’s Day, and that is when the count of the new year begins.

Yule is a period of festivities all over the realms - It starts with the Solstice and ends with Green Willow Day ten days later. #atozchallenge2019 #flashbacks #princelings Click To Tweet

So that was Yard or Yule. You can find the first of the Yuletide at… posts here, starting with Willoughby at Castle Buckmore. It more or less fits in with the timeline in his book, which is a miracle!

Don’t forget to enter the AtoZ Giveaway which closes tomorrow night!  You can find it at B for Bravo…

Yard or Yule? Flashback to #AtoZChallenge 2012

2 thoughts on “Yard or Yule? Flashback to #AtoZChallenge 2012”