Save Week is the next stage of WRiTE CLUB 2019.  For the last three weeks we’ve been choosing between pairs of finalists. Now, before we get into the next round of battles, there’s Save Week, where we vote to save someone who’d otherwise have been knocked out. 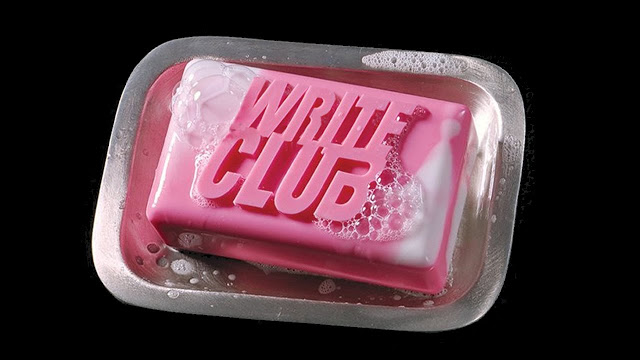 Save Week – who to watch out for?

If you’ve been voting between the pairs, you probably need to check back and see if any of your favourites have been knocked out in round 1.

Given how close some of the choices have been, I’m sure there are for you. There will have been plenty for me.  I kept getting pairings of authors who I thought were head and shoulders above the previous bouts.

You have another few days to vote for last week’s pairings if you haven’t done so already – each vote is open for seven days.

I’m not allowed to promote any individuals, but if you vote for the person I vote for, I’ll be extra happy!

#writeclub19 Now there's Save Week, where we vote to save someone who'd otherwise have been knocked out. #flashfiction Click To Tweet

As you know, I read the whole slush pile. That’s why it’s been such a depressing three weeks for me.

At least two of those offered in the first round scored a paltry 12 out of 20 in my scoring system – putting them below the 200th place in my ranking!  And no, I didn’t like them any better in the first round proper. I didn’t vote for them, of course 🙂  My top three scored 19/20.

I look at the ones I scored low that other slushpile readers rated highly, and I wonder why. Is it taste?  Fashion?  There certainly seems an element of fashion in them.  What currently sells is not what I like to read, or write, for that matter, save for British-based crime fiction.  I am not ‘on trend’, obviously.

Maybe I’m ahead of it?

Just nip over to DL Hammonds every day, or in a batch if you find it easier, and vote for your favourite of the day.  The authors need you!