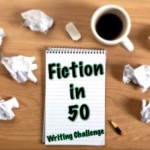 Sweet Home Alabama is the prompt for this month’s Fiction in Fifty words.  You can join in by making your own fifty word story in response to the prompt.  Link yours to (or just post it in) the comments on Rebecca Douglass’s blog post this Sunday.  You can also check out the Fi50 page on her blog for the next months’ prompts.

I thought of this as a Crosby, Stills, Nash and Young song, but then I thought it was probably older than them, and they probably didn’t do it anyway. 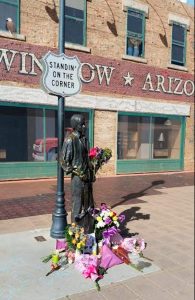 To me it’s a song lyric like,’standing on a corner in Winslow Arizona’ and then you discover there really is a Winslow in Arizona, and they’ve made a Big Thing out of the corner of the main crossroads in their small town.

When Glen Frey of the Eagles died, the local folks put tributes to him down at their statue immortalising the song.  This pic is from the Durango Herald, online via Google images.

So having Googled Winslow, Arizona to make sure it wasn’t Wilmslow (which is in Cheshire) and I’d misheard (easily done), I thought I’d better check Sweet Home Alabama.

Many thanks to songfacts.com for all these great pieces of information.  I’ll be back for more!

Some nights, I wake to the sounds of the city, the country, of life, death, or just the wind.

It’s in my head, it’s nowhere. Reality is fantasy.

But… Thanksgiving… the smell of apple and cinnamon. 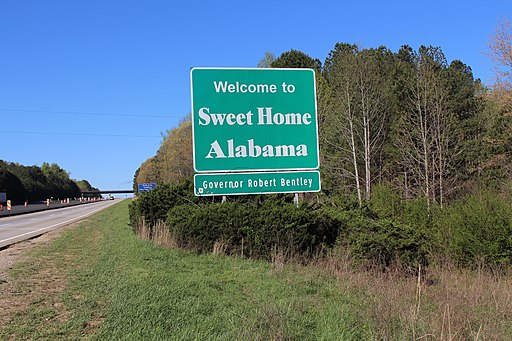