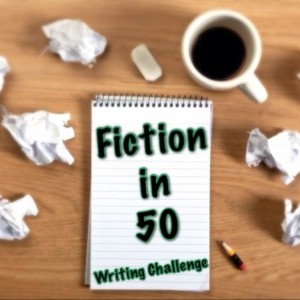 Behind the Curtain is the prompt for this month’s Fiction in Fifty words #Fi50. I’m posting earlier than usual because there’s a rumour of some sort of celebration going on in most parts of the world for one reason or another.

We have been encouraging more people to join this meme all year (for many years), but with no success.  So regretfully, Rebecca is knocking it on the head. This is the last #Fi50.

I’d say it was pretty easy, really, to write a story in fifty words. In truth, most of the time I write them with a short setting, plot and result (which leaves something to the reader’s imagination) and then prune and rework phrasing to get rid of about a dozen or words or so. That usually gets me to fifty (and I do like using exactly 50!)

I’ve spotted a couple of other opportunities to spur myself on in future – in particular one picture prompt that I can’t find right now, but it’s used by one of the people whose blog drops into my inbox each week [Annette Rochelle Aben]. If not I might join in #WATWBG, or resurrect my Flashback Fridays, which Rebecca has continued diligently. Come back to see what happens next year!

This month I wrote a short story which came in at 98 words. I was tempted to leave it there, since it had more description, and therefore probably more atmosphere. But I accepted the challenge. It’s exactly fifty words. I didn’t save the longer version, so you can’t compare the two, but I’d like your feedback on whether this worked, or was too short, really.

There was no choice. She fled with her daughter. Surely someone would help?

A part-drawn curtain revealed a festive table. She knocked.

Usually by now I’m saying ‘and that’s it for the blog, see you in the new year’ but I have two more reviews to pack in, and possibly one other update. The post before this one is the Midwinter’s Eve Giveaway. I hope you enter, and nip round to other blogs taking part too.

But if you’re going to be away, have a lovely holiday, and see you on the other side 🙂