The Ickabog is a new story that J K Rowling is releasing (May-July 2020) chapter by chapter on a website. She describes it as developed from a story she told her children when they were younger, and they helped her revise and beta read this new version. If you remember Babbity-Rabbity from Tales of Beedle the Bard, then you know the sort of thing this is. 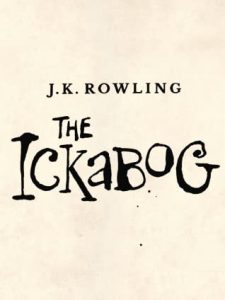 The first installment of J.K. Rowling’s story for children in lockdown has now been posted for free on this site, opening with Chapter One: Fred The Fearless. The first two chapters were revealed today after J.K. Rowling announced the project on her website www.jkrowling.com and on Twitter.

Installments will be posted every weekday for seven weeks, leading up to 10th July. The Ickabog is a fairy tale, set in an imaginary land, which J.K. Rowling says is ‘about truth and the abuse of power’. It was written as a read-aloud story, but it’s suitable for seven to nine-year-olds to read to themselves. The story will be translated into a number of other languages and made available on the website shortly after the English language version appears. [goodreads]

I may go back to finish this, as at Chapter 34 there seems to be a turning point. But it’s been really boring at times, and jumping from one set of characters to another… some chapters read like an unfinished book written without quite knowing where the plot is going. It also doesn’t help the reader, not knowing when the whole thing is going to end (current estimates are c50 chapters, and I see the blurb is now updated to say it ends 10 July.)

I wonder that JK read it originally to her children, because it’s quite scary. The Grimm brothers were scary, though, so maybe it’s the done thing. I can’t imagine kids of the right age reading it. And I imagine kids whose reading is advanced enough will think it’s too childish. It’s certainly irritating, despite the excellent descriptive work.

But I think I may leave it unfinished, as there are more things to do in life. Including the washing.

If you liked Tales of Beedle the Bard for their own sake, and not for their roles in Harry Potter, give it a go. It’s free, after all.

If you liked Tales of Beedle the Bard for their own sake, and not for their roles in Harry Potter, give it a go. It's free, after all. Click To Tweet
Book Review | The Ickabog by J K Rowling

3 thoughts on “Book Review | The Ickabog by J K Rowling”