Balefire was the prompt from October 2019.  I’m going back to Sue Vincent’s older posts while she’s busy with more pressing things. Here’s the picture:

I admit I didn’t know what ‘balefire’ was, but I tossed up between using imagination or Google.

Cally, the Merlin and the Balefire

The hooded figure stepped forward, towards the very small fire the merlin had made.

“Just do it,” the bird called, swooping around to the other side. “You know you want to.”

The figure raised a wand.

Late August.  A rainy day, the sort you expect as summer turns into September in the hills of the west. Cally had reason to resort to the library in the west wing.

The other young people of the castle laughed at this obsession with books.  Swordfighting, runes, spells, and tiercelry took up all their time. Cally liked most of those too, but not with the fervour of their not-so-playful swordplay.

Being slight of build, instead of a kestrel, or a hobby, or even, for those likely to inherit, a peregrine, they gave Cally a merlin. It was a source of undiminished hilarity when Cally walked past, merlin clinging to the leather-clad wrist. The hobby-owners were the most brutal, being on the end of hobby-jokes themselves.

There was only one merlin in the castle, and he spoke only to Cally. When he deigned to. Two weeks after the granting, he spoke his first word and it was ‘no.’

“What do you mean, no?” Cally asked, keeping calm, and making sure to use a polite tone, hiding the frustration welling up.

“I would have thought the meaning was obvious. No, means no.”

Cally took a deep breath. “I’m asking you to carry out a straightforward task that everybody else’s tiercels do without question. Please explain your response.”

“When you understand why I don’t condescend to perform straightforward tasks that everybody else’s tiercels struggle to do, we will make progress.”

Cally frowned. After failing to find any other line of conversation, Cally put the bird back on its perch in the tower and went to the library.

What To Do When Your Tiercel Moults

Several days later, Cally approached the bird once more, had a lengthy one-sided conversation about the learned words in the books, sat patiently for two hours mostly watching the merlin, and then went to leave.

“Try merlin.”  Cally turned, but the bird had tucked its head under its wing again. Try merlin.

Back to the library.

There was very little about merlins in the library.

Apart from one book that said merlins were extremely difficult to train, and often given to no-hopers, the most plentiful references were the Arturian legends.  But that merlin was a wizard, a person. Cally had a bird to train, and needed to overcome the ‘no-hoper’ tag.

Looking back through the books already scoured, Understanding Tiercel Behaviour Grade 1 shone out. What about more advanced volumes?  Cally browsed ever higher in the stacks, until finally grade 4 slid out, along with a slim volume, attached to it in some sticky way.

Cally opened and read the seven pages inside.

Page 2. If you have been given a merlin to train, give up now.

Page 3. Merlins do not expect to be trained.  They will train you if you deserve it.

Page 4. You have to decide whether you want to proceed with the merlin.

Page 5. Once you decide to proceed, nothing can hold you back except yourself.

Page 6. If you’ve read this far you are either a fool or a genius.

“Merlin, I read an interesting book.”

The merlin withdrew its head from its wing and gazed at Cally, the yellow-ringed eyes fathomless in their dark depth.

Cally drew in a deep breath. “I am neither a fool nor a genius. Will you give me a chance to learn from you?”

The merlin took off from its perch and whirled around the inside of the tiercel tower. Cally knew it had jesses attaching it to the perch. How had it become free?

The merlin returned.  “I always think it best that bystanders see you as they think you are.  Saves a lot of problems.  Now, what do you think you are?”

“A knight in training.”

“Yes, well, you’re more than that, or you should be. What was your father?”

“A lady, I guess.” Cally stuttered a bit. Mother had died long ago.

Cally did as told.  The merlin leapt lightly onto it.  Cally steeled for the feel of piercing talons, but the merlin’s feet were soft.

“Good. Lesson one, trust. We shall make good progress now you have opened your mind.”

Now it was late October. Cally had a wand, not a sword, hanging in the scabbard that had belonged to Papa. Lessons in swordery continued, but using the wand. Amazing things happened with certain moves.  Cally gradually learned how to make things happen on purpose.

The first three times Cally had been unwilling to go this far, to the realm of magic fire. Everything written on the subject warned of danger, of risk, and of irreparable harm done by careless use.

But Cally had been chosen: the one who would light the Balefire this year.  Everyone had laughed. Several bets were running, mostly on the nature of Cally’s disgrace.

The time had come.  Merlin flew close as they walked to the amphitheatre, whispering a litany: ‘remember yesterday. You did it.  You are the one to do it. You are Cally. Your time has come.’

Cally drew on the knight’s cloak, and pulled up the hood. Walked forward, through silence thickened with anticipation. The audience desire split between celebrating success and abject failure.

The hooded figure stood before the small pile of sticks and bark kindling.

“The time has come,” the king announced. “Let the Balefire be lit!”

“Just do it. You know you want to.” Merlin’s voice echoed for Cally alone.

The Balefire erupted in the centre of the space, forcing Cally to step backward, surprised by the ferocity of it, but guarded from the heat by the spell.

Cally turned, bowed to the king, and returned to the exit.

“There, you see. You are the one they’ve been waiting for. The true daughter of the Lady Guinevere.” 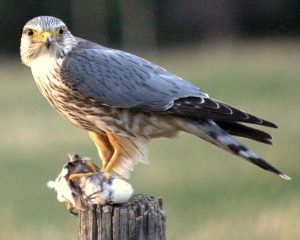