Lima – capital of Peru and the word for L in the NATO alphabet.

I’ve been to Lima.  Only for about half an hour, but I have at least been there.  I may even have a stamp in my passport to prove it.

I was expecting to stay there for most of a day before going on to Cusco up in the Andes, where I was meeting a friend at the start of my leg of her round the world trip.  But somehow or other there was a delay, and I had to scoot through the airport so as not to miss my connection.

I don’t remember why we were late.  I’m fairly sure we had flown from Gatwick to JFK and had to go down to Miami before getting the plane to Lima.  I can’t remember whether New York was the delay, or Miami.  I’m not even sure if we were supposed to be in both US airports, or just one.  Certainly I remember being a long time in Miami airport, sure I would be able to get a new camera (having failed to find any shopping opportunities in JFK) and settling for the Ixus model I got.  This was about a year before digital cameras became affordable – and about two years before I got a digital.  The Ixus turned out to be expensive because the cost of printing the films was extortionate, although they did do a CD with them, so you could put them on your computer – that was really modern in those days!

Anyway, we arrived at Lima airport and I got some help from the ground staff to rush through what seemed dozens of queues to get through various bits of security, crossing from one side of the airport to the other – from International to Domestic, which as every traveller knows, is never an easy transition.  And then, having boarded, we waited for about half an hour for other travellers who had not bothered to get help to jump the queues!

I flew out of Lima, which looks like a lovely city, taking off and going up, and up and up…  and going over the tops of the mountains and down what seemed like a few feet to land at Cusco.  Where I got out and wondered where the air had gone! 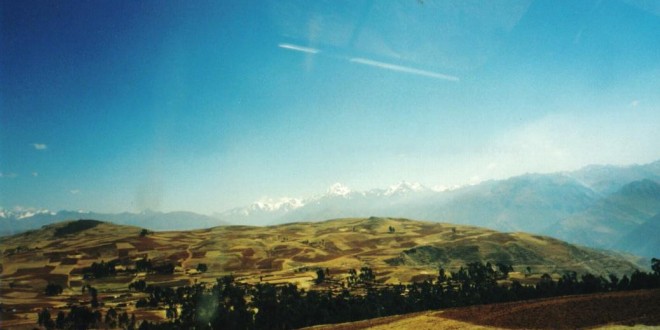 I’d love to go back to Peru – and visit Lima this time!

I’ve added some more prizes and entry options to the Giveaway!  Take another look!