Oscar is the phonetic word for O in the NATO Alphabet.  I suppose what most people think of first is the Oscars – the awards from the Academy of Motion Pictures.  I bought a replica of the statuette on my visit to Hollywood and awarded it to a friend of mine – a stage actor, so not qualifying for the Oscars themselves, but he still appreciated it!

I know a couple of O for Oscars, both very nice people.  It also seems to be a popular name for a horse, specifically racehorses.  If you were here for my C for Charlie post, I mentioned a racehorse there as well.  This time round I recommend following Oscar Whisky – a very nice steeplechaser trained by Nicky Henderson near Lambourn, Berkshire, and owned by the owner of Ffos Llas racecourse in Wales. 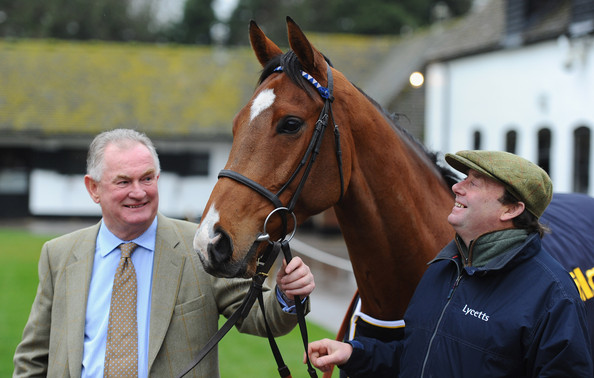 Oscar Whisky was a smart hurdler and took to jumping the steeplechase fences this season, winning the prestigious Scilly Isles Novices Chase in January despite the amount of rain, which made racing this winter very difficult.  Unfortunately he fell at the first fence in his big race at the Cheltenham Festival in March, but I look forward to seeing him again next autumn.

O is for Oscar