I’d better give sensitive souls a mild language warning for today’s post; we’re talking about faeces in both coarse and refined terms! 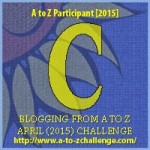 Coprolite – the most amazing fossil you’ll ever find.  Does it beat dinosaur footprints?  Trilobite hairs? Archaeopterix?  I think so.  Coprolite is… there’s no better way to describe it than… fossilised poo.

It comes in all shapes and sizes, but some of it is horribly familiar.  Just looking through the Google images for this post I saw shapes that might have been passed… well, yesterday, were it not that they were made of stone, since all the organic matter had long been turned into silicates and other rock minerals.

The section in the picture (from www.wncrocks.com) was found off the Florida coast, according to its description, but it looks very similar to an array of pretty purple poops that I photographed after my guinea pigs had produced them after indulging in beetroot!

Enough of this toilet humour – let’s cut to a Pete and the Swede short story (which turned into a longer one than planned).  Those asteroid miners of mine just keep taking vacations… here they are with Maggie and Dolores, their companions, relaxing by the beach on Sunset Strip. It might be back story for the second book in the Viridian series… or it might lead on to something more sinister!

Maggie held the stone out to Pete, who examined the grooves and smooth curves.

“I reckon you’re right.  It’s odd, really…”  Pete tailed off, his thought running ahead on an uncomfortable path.  Sunset Strip, the leisure planet of the Viridian System, was settled because it had no indigenous lifeforms above class C2, that is, vegetation.  No insects, no birds, not even earthworms.  The soil health was maintained by roots, beneficial fungus and a peculiar organism that seemed to have a nitrogen-fixing capacity.  So why were there fossils here?  Fossils of arthropods and crustacean-like animals?

The conversation over dinner returned to their finds, and Maggie showed Lars and Dolores their trophies.

“Lots of pretty stones – I was planning to polish some of these and make them into jewellery. But these, well, Pete calls them fossils.  What do you make of them, Lars?”

Lars Nilsson, known as the Swede, picked up one of the small specimens.

“Well, we have plenty of these on my home planet.  And I’ve seen many more, in collections and museums.  These look like the genuine thing.”

“But if they were here before us,” Maggie replied, “that should have been recorded, shouldn’t it?  On the Search and Settle mandate?”

“They’re pre-historic, well, I mean they would have been dead millions of years, Standard years not Viridian years.  There’s nothing alive here now, nothing above plant life.” Lars was firm on this, even though a ripple of discomfort crawled over his back.  Someone may have been too quick to dismiss plant life as non-sentient, but he had kept this knowledge to himself for some time now.  Not even his long-time mining partner knew his secret.

“You say that, Lars, and I’d agree, but this made me wonder.” Pete brought forward a large stone, with a strange tubular appearance, a tapered end, quite smooth, with some cracks …

Maggie and Dolores both burst into laughter.

“Where on earth did you find that?  And.. is it stone?  Is it a fossil like the rest?” Maggie asked.

Dolores reached forward to touch it, to press the unyielding surface.  She grimaced.

“Good thing it is a fossil, Dolores, or you’d have been in deep shit!” Pete chuckled, as Maggie peered closer at it.

“Is it really… or is it just something that looks like it?”

“I think it really is.  Fossilised poo.  Of an animal, ooh, about so high,” he finished, indicating an animal about as high as he could reach up.

“But how come there’s no sign of them anywhere?  Did they all die out? Why? How?” Maggie was vexed by the idea of animals on a planet where now there were none.

“Mass extinction was known on other planets,” Lars said.  “There used to be a whole load of books in the library on my planet about extinct animals.  We were taught to understand the processes as part of our training in settlement and co-existence. “

“Ironic, isn’t it, how much training we received on leaving other planets’ indigenous lifeforms in peace, and then the Imperium came along and made our own civilisations extinct.” Pete reached for another beer to wash this thought down.  Bitterness was near the surface at present, after his recent call to duty.

“But if this poo’s been here, what, ten million years?  A hundred?  What happened to the animals who made it?  Where did they go?” Dolores was perplexed.

“It’s not really poo any more,” Lars corrected her.  “It’s called coprolite.  It’s stone, and you can treat it just like any stone.  Or keep it on display as a fossil.”

Pete chuckled again, his good humour restored. “Would you like to turn it into jewellery?  It’s reputed to have interesting patterns inside, quite pretty, like tiger eye, if you cut it thin enough.”

“Euugh!  I really don’t fancy cutting that thing up.  Who knows what the dust contains?”

“It’s just rock, like any other,” Lars loved it when Maggie got into one of her fastidious modes.  Her imagination would run riot. But it was her imagination that made her so creative.  In the time they’d last been up at the asteroid belt she’d started a whole new cottage industry,  selling crafts in the market at Sunset Strip itself. He and Pete were keen for her to learn that she could be self-sufficient, although they’d support her all the way, if need be.

It was just rock, Lars thought, as he took his evening run round the hills and through the woods that went all the way down to the beach.  But why was it here?  Sunset Strip and Pleasant Valley were not old planets.   Or maybe they were, out here at the edge of the fourth spiral arm.  Did all animals make poos of a similar nature?  Was it a case of replication of form and function?  Had there been a race of large animals, eating the plants and depositing the remains?  But if so, why were there no animals now?  No animals of any kind.  What had happened to whatever had deposited that coprolite, as it had become over the millennia?  And when?

Pete and the Swede were not average asteroid miners.  They were interested in the geology of the places they went.  It was how they started on the clues that there might be something worth mining.  Finding coprolite on Sunset Strip just did not add up.

So, had someone terraformed this planet and removed the evidence?  Or was someone playing games with them and planting exoliths to lead them astray?