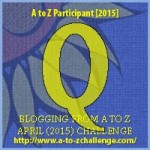 I first heard of quick clay when I was searching for something for this post!  I know of quicksand, of course, but quick clay seems to be something the same but different.

Wikipedia says: Quick clay is only found in the northern countries such as Russia, Canada, Alaska in the U.S., Norway, Sweden, and Finland, which were glaciated during the Pleistocene epoch.

So most of this post is not really about quick clay itself, but soil liquefaction generally.

I remember watching a documentary, I think it was one of those historical travel searches for a famous lost city, possibly by Michael Wood or John Romer.  They were looking for a city well-known in biblical times, that had simply disappeared without trace.  By working from clues in the Bible and other ancient manuscripts, they tracked this city down to the edge of a lake in Jordan, not too far from Petra.  But could they find any sign of it, any ruins or old foundations?  They couldn’t.

Then the geologists identified something in the surrounding land that indicated there had been a massive earthquake, which had caused a mudslide of phenomenal proportions.  The documentary showed a laboratory test in which rockforms of the surrounding area were subject to shaking, simulating the earthquake.  The most extraordinary liquefaction of the rock occurred, making anything on the surface simply sink.  It looked like the earth had turned to water, and then solidified once the shaking subsided.

The conclusion was that this had been the fate of this city.

So, when I see ‘quick clay’ described as clay particles which can act as a liquid, in the same way as a quicksand, I think of this lost city.

The sad fact is that the people of New Zealand, and especially of Christchurch, will be all too familiar with this description.  Earthquakes are not just about the ground opening up beneath our feet, they are also about liquefaction of the ground itself.  Almost as bad as Pyroclastic flow.

If you’d like a chance to win one of my ebooks, nip over to my guinea pigs’ blog George’s Guinea Pig World today (or any time to the end of April).