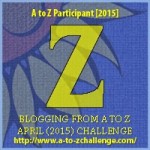 We’re here.  Zed.  Big ZEE.  The Z-most post of the Blogging from A to Z April Challenge for 2015.  And my theme of Natural Phenomena is blown wide open by…

If you’ve enjoyed my trip around some fascinating natural phenomena – on Earth, in the Solar System, or even in the wider universe, then you might be surprised to know you can get involved in uncovering more amazing things that we don’t really know about yet.

These are all Zooniverse projects.

The largest collection of citizen science projects gathered together under one roof (or website), these are projects analysing data from scanned records,  satellites, microscopes, telescopes and space probes that would each take a team of scientists hundreds of years to work through.  What is being looked at is too subtle for a computer to scan; the human eye – our human eyes, collectively – can make genuine discoveries in all these projects, and more.

I think the first time we realised the power of citizen science in global computing was the SETI project.  The Search for ExtraTerrestrial Intelligence harnessed the power of our screen savers (who uses them these days, just save energy and hibernate your screen, and then your computer) by running a background programme when we weren’t using our computers actively, to sweep for ‘noise’ and send the data back to a central computer.

I didn’t do that one, but I did do one that did much the same thing to run climate change simulations.  The complexity of our climate models was such that we didn’t have the computing power to run these variations, but by expanding across computers, we could share the analytical work and collate the results to form meaningful scenarios.

Citizen science comes in other forms, too.  In the UK, the British Trust for Ornithology set up surveys that ordinary individuals could take part in, creating records of birds in our gardens, for example, every week, in virtually every part of the country, as far back as the 1980s. This month I’ve been doing an early morning walk along a set route to record for the annual Breeding Bird Survey, for my eighth year.  Another example is the recording of specified signs of seasonal change, like the first leaves on certain trees, which has helped add value to climate change records – how are our plants responding?

Then I got involved in Zooniverse.  I mostly remembering classifying features on photographs of the Martian landscape. Look at a photograph, mark any occurrence of three different types of features already recognised, and anything else interesting with a star so that the experts can review it.  There were some dull photographs that came through, but not many.  I think recognition that some features must have been formed by water, not wind, came from this work.

I may have classified these photos, or I may have just added them to my favorites in the project.

If you have a few minutes to spare a week, or just occasionally, you too could get involved in some amazing science.  And look at photos that really are out of this world.

Go to this page and have a look.  There must be something to interest you!

And after that, the April A to Z is over for another year.

I hope you’e enjoyed my trip through some Natural Phenomena.  Come back and see more of what I get up to in an ordinary month!  Have a wonderful year.