I usually highlight things on my kindle by accident.  I manage to look up words like ‘and’ and ‘black’ by accident too.  Of course when I want to highlight something or look something up (usually when the author is using it in a way I haven’t seen before) I can’t make it stop ‘turning the page’.  I’m inept.

… as Curdie grew, he grew … faster in body than in mind – with the usual consequence, that he was getting rather stupid – one of the chief signs of which was that he believed less and less in things he had never seen.  … he was becoming more of a miner, and less and less a man of the upper world where the wind blew.  On his way to and from the mine he took less and less notice of bees and butterflies, moths and dragonflies, the flowers and the brooks and the clouds.  He was gradually changing into a commonplace man.

There was more along this line, but I was very struck with the idea that we somehow fold in upon ourselves, and fail to see the world outside, unless we take the trouble to do so.  Mindfulness is the current word for the trouble taken.  What it was in George MacDonald’s day I have no idea.

I switched to a very different genre after finishing Curdie (which I always recalled as my favourite of the pair, but I had very little recollection of it when I read it).  This was my Norfolk (Local Heroes) book of the month – the second of Elly Griffiths’ Ruth Galloway novels, the Janus Stone. It felt like coming home – mainly in reading style, but also in local knowledge – descriptions of an archaeological dig on the low chalk hills (sounds like the hills between Swaffham and Kings Lynn, I thought) were followed by a visit to a cafe in Swaffham… the description of Norwich Castle – Victorian icing covering a rich medieval cake – is more or less how I’d described it earlier in the week, but not as well… and the absolute accuracy of the welcome home from the cat:

Ruth’s ginger cat, Flint, has been lying in wait and now advances, complaining loudly.  He has food in his bowl but it is obviously out of the question that he should eat it.

Unfortunately the other book I completed on my trip had description of a more klunky nature.  My editor would have roasted me over hot coals for many of that author’s similes, some of which made no sense, some were mind-clenchingly awful, and most could have been dispensed with.  And it’s won loads of awards!  I don’t understand…

But… my Challenge progress report….

For the Goodreads Challenge officially I have read 25 of 60 books and am 3 behind schedule.  However since I have read some ARCs, and the first two in the Emperor’s Edge series don’t count towards the target (moral: never read a collection, always list them separately on Goodreads), I feel I am morally ahead.  Especially as I can’t count the number of times I have read my Princelings books, proofing and re-proofing to find blocks (squares replacing unrecognised characters like …) in the data which don’t show up in the preview but do in the printed book 🙁  I’m probably ahead of target for the Mad Reviewer’s Challenge because that counts reviews on Goodreads, rather than individual books read.

For the Local Heroes Challenge I add the Janus Stone, quoted above and reviewed on 1st August, to make 4 out of 6 now.  I’m enjoying this challenge and recently picked up a useful fact book… or maybe a book of useless facts… called The Little Book Of Norwich.  UK challengists may want to look and see if the History Press does one for their area.

There’s still time to join the Local Heroes Challenge for the year.  It’s a small but select group.  If you already have, tell us in the comments how you’re doing. 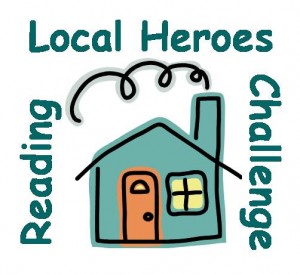 GRAB The Badge (hover over badge, right-click and Save Image As…)

SPREAD the word – you can copy the linky list code too…

Come back every last Wednesday of the month and talk about them!

Things I liked in this month’s books, plus challenge updates

8 thoughts on “Things I liked in this month’s books, plus challenge updates”