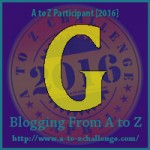 In one of those strange twists, you can all raise a glass of champagne as you read this, my 1000th post on my blog! To honour it, I’ll draw an extra winner of my giveaway from entries made up to 8 am Saturday London time (midnight Friday in California).

#FridayFlash Fiction | G’Nauss is the Winter of our Discontent