My A to Z Challenge theme this year is ‘world building’, and today we come closer to home. 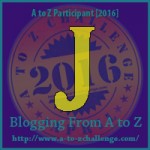 Jupiter is in the news, not only its amazing size, atmosphere, and what we’re learning about its weather systems, but also because its moons are pretty cool too.  Enceladus is pretty cool so it has a frozen surface, but because of the gravitational forces not only from Jupiter but from Io, Callisto and Ganymede as well, it has a hot interior.  So the icy surface appears to have a sea underneath it (or am I mixing it up with Saturn’s Titan?).  And where there’s a sea, there could be life, nearly as we know it, since we have found microbes that happily live at extremes – such as under the Antarctic ice sheets.

It’s creating a fascination for authors, too.  I tried to get an interview with Bud Sparhawk about the way he approach sailing on Jupiter and Mars in Distant Seas, since I loved his vision of three-dimensional sailing through the dense atmosphere and ferocious storms of Jupiter – with vortices bringing up gravel from deeper levels and showering the space-vessels with appalling effects. Unfortunately although Mr Sparhawk was amenable to the interview, his invitation to email him left me high and dry, since I simply couldn’t find him again without him giving me the elusive address!

This is how I described his book, anyway:

Louella is a professional sailor – single-handed round-the-world races being the sort of thing she does, although there are also four colleagues who occasionally form crews for crewed races.  We meet her first in the Southern Ocean, handling high seas and tremendous danger, with all the technical sailing jargon you could wish for and terrific descriptions of the seas, wind, wildlife and isolation.  Having overcome adversity on this trip, she’s looking for the next challenge, and new sponsors, when the Jupiter Investment Company come a-calling and make her and three others offers they can’t really refuse to have a sailing race on Jupiter.

Yes, you know there are no seas on Jupiter, and the atmosphere is full of storms and noxious gases.  Science fiction takes over, and it’s a really nice bit of scientific fiction.  I love the concept of sailing Jupiter’s skies, and to me the difficulties that need to be overcome were spot on.  When that race is finally done, the sailors are inveigled into one last race within their contract – this time on Mars.  You’re joking.  No sailing on Mars, surely?  Well, it’s a type of landyacht or sandkart, with huge sails to make the most of the slight winds involved – and it’s very dangerous!  Again, the maths behind the sailing is excellent, and the tactical approach to the race more like harbour racing than the endurance aspect involved in Jupiter’s skies.

Another author with designs on Jupiter, and the other planets of our solar system, is Clare O’Beara, whose Dining Out with… series has got me hooked.  I haven’t got as far as her Jovian inhabitants yet, but the Plutonians were a riot in Dining Out With the Ice Giants, which I reviewed at the start of the year.

If you haven’t got time to read the reviews, just click the rafflecopter and enter the giveaway instead!

Main pic of Jupiter from NASA (Hubble telescope) via Wikipedia.

J is for Jupiter