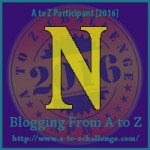 N is for Nevermore, the planet central to Judith Tarr’s splendid book Forgotten Suns. Saturday  is book review day,  even during the April A to Z, but I’ll be slanting it towards my theme of world-building, and in addition, I have an interview with Judith Tarr, chatting about her approach to the topic.

I am no one. I pass from dark into dark. I hunt a track gone cold as stone.

For five thousand Earthyears, the planet called Nevermore has been empty. Its cities are deserted, with every trace of their inhabitants erased. Only a handful of nomadic tribes remain, none of whom remember the ones who went before.

The blurb is a bit long, but also introduces Aisha, daughter of the archaeologists exploring the planet, which is under threat from the United Planets for settlement (and destruction of the extensive ruins), Khalida, the aunt with a past in Military Intelligence and a memory half-blasted by ‘therapy’, and Rama, the king roused from stasis when Aisha accidentally blows up a mountain.  That’s all I’m giving you!

Nevermore is a pleasant land, with tribes, plains full of antelope-like quadrupeds, ruins hidden under thousands of years of dirt, and the occasional odd-looking mountain.  Aisha and her brother Jamal get up to the usual tricks you’d expect of 13 and 11 year-olds, hacking pirate vids and racing around on the horses.  There is a nice air of mystery, and tension that they’ll have to leave when the research grant runs out… then Rama turns up, thanks to Aisha’s inquisitiveness, and shows that he may be strange, but he’s definitely no stranger in this land.

Then for various reasons, aunt Khalida, who’s been looking after them when the parents have to go off-planet, and frankly, she’s not much of one for kids in her current state of mental health, has to go back on a spaceship – and Rama decides to go too.  So Aisha stows away to keep an eye on them both.

It sounds rather contrived when I write this, but it doesn’t read like it.  This story flows well, with purpose and with characters you care about.  The combination of myth, mystery and at least two forms of authoritarian governance, plus rebels and impending doom, makes for a page-turning read.  Then it stops being a page turner, and becomes something you just want to get back to, pulling you back when you really ought to be doing other things!  I think the subspace entities really got me entranced.  I was already hooked.

This is a great space opera – complete with opera – in worlds that shift from the forgotten to the well-constructed typical spaceworld to the extraordinary. The political set-up of the universe is detailed and believable, the entities that inhabit it are well-observed, the technology sometimes borrows from other common themes in the genre, but it’s difficult to invent something really new and yet believable.  What Ms Tarr does with these, though, is to develop and twist them and integrate them as part of the plot rather better than others I’ve seen. What she also does with this world is to extend it way beyond anything I’ve read for a long time.  And it still fits together – and returns to its origins to make a gripping finish, albeit after an extended backstory (when Rama finds his roots) that could do with some cutting, since while it is the calm before the storm, is a little stodgy.

Despite that, I have no hesitation in giving it FIVE STARS even in my new stricter policy of the Goodreads “It was amazing”.  The scope of the universe-building is fantastic, mind-boggling, and just enough to keep this reader immersed without sinking.  Great description and powerful plotting, backed up with characters, human and otherwise, who you really get to know.  I loved it!

Note: I bought Forgotten Suns as part of a Storybundle package. If the rest of the package is this standard, I’m in for a treat. 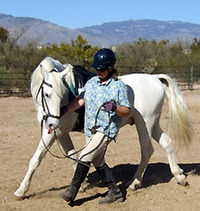 Hello Judith, thanks for agreeing to be interviewed on my blog.

My A to Z challenge this April seeks to explore world-building through worlds from A to Z.   I’m particularly interested in the balance achieved between physical aspects of the world and social, technological, political, and cultural aspects.  What did you set out to achieve when you invented Nevermore?

It’s a childhood adventure saga which wasn’t salable as the space opera I originally intended, so I want back in time and wrote six books of Bronze-Age “history” which read as epic fantasy. Then when the new publishing landscape happened, I was finally able to write the space adventure.

I was having fun, exploring an imaginary world, writing about the characters crowding around in my head. It wasn’t that I set out to do anything so much as the world was there and I discovered it, and with each book, I explored more of it.

Emptying it wasn’t anything I planned. I sat down to write, and I realized all the people were gone. Where? How? I had no clue until I wrote my way through. It was as much of an adventure for me as (I hope) for my readers.

The idea of a deserted world, all those empty spaces, the lost people–I love archaeological mysteries. This resonated with me. My Egyptian books come from the same place, and in fact, in Tides of Darkness, the immediate prequel to Forgotten Suns, I got to play with that. Mixing up genres: I do that a lot. I’ve always had a terrible time coloring inside the lines.

Emptying it. I had no idea that was what was going to happen. Or where they went. Or how. A good part of the fun was finding those things out.

Of the elements I mentioned above (physical, social, technological, political, cultural) which do you think is most important?

For this novel specifically, it’s the physical absence of people, and the mystery of where they went. For the prequels, it’s social and political and cultural, but when the planet is empty, there’s no way to know what those elements were. Then the social etc. aspects become relevant to the people coming after, who have to try to solve the mystery while dealing with major upheavals of their own.

It’s all woven together. A world without people is just empty. People trying to solve a mystery–that’s where the interest is, for me.

Think Things Through. When you put a city in a spot, think about why. What’s supporting it? What factors make it necessary or even possible for a city to be there?

Cultural issues work the same way. Think about your own cultural assumptions. Are you making judgments on other cultures, or can you look at those cultures as they might see themselves? That’s really hard and none of us can overcome or even be aware of all our biases, but the more we think about it and try to work with it, the more developed our imaginary cultures will be.

That’s great – I think I should bring all these hints together in my round-up post for the Challenge!

Finally – have you any new books you’d like to mention while you’re here?

I’m working on two, a contemporary fantasy and a sequel to Forgotten Suns. One will I hope be published this year, the other next year. Backlist novels continue to come out from Book View Cafe. The most recent is Pillar of Fire, a historical novel set in ancient Egypt: http://bookviewcafe.com/bookstore/book/pillar-of-fire/

Thank you very much for talking to me

Thank you so much for the opportunity!

You can find all Judith’s books at her author page on Amazon, and more about her at her website (including pictures of her Lipizzaner horses!).  Author pic from her Goodreads page.

I’ve just discovered my idea of heaven – a writers’ camp with hot and cold running Lipizzans.

4 thoughts on “Nevermore in Forgotten Suns by Judith Tarr”