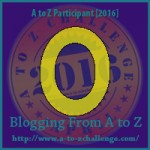 Overland is the land above the Underland in Suzanne Collins’ Gregor the Overlander.  In my month’s tour of world-building, I squeezed in Overland, although from memory, it is really rather like a normal Earth world, and it is Underland that has all the building going on.

If the author’s name sounds familiar – yes it is the same person who wrote The Hunger Games, although the Underland series is for MG rather than YA, and is a great read for all ages, with Gregor finding his way down to the underworld, being stuck in tunnels for ages, meeting giant centipedes, beetles and goodness knows what – and rats.  Rats of enormous size, with a super-intelligent society, of course.  Then he manages to escape to a world with humans in it – the Underland, and he solves some problems for them, since he is taken to be the one foretold in a prophecy.

There are all sorts of wondrous cave-type worlds and features in this story, and having just read Helliconia , which also has a society inside mountain caves who never come out, I was then reminded of M G King’s excellent Fizz & Peppers at the Bottom of the World, where the inhabitants of the world underground turn out to be giants… well, it seems that worlds within caves or under the Earth’s crust are a popular invention.

But I’m supposed to be talking of Overland, and the overlands belonging to these stories are pretty much normal, or slightly idealised, or frozen normal Earths.  They’re good, but not the point of the story.  It’s within the caves that the imagination takes place… and then I think of the Princess and the Goblin, and the Faraway Tree, and anyone who has ever imagined a secret place leading from their bedroom, whether through a wardrobe or a passage under their bed.

To what extent is an Overland necessary if one wants to create an underground society?  I thought for a long time about Overlands that were just ordinary or frozen Earths, until I found one which was neither – The Machine Stops by E M Forster.  Now that is an amazing Overland, and it may be a recovered environmental disaster, but since most of the story is about the underworld, we only get a few glimpses of it.

Do you have a favourite Overland – and is it more ‘built’ than the Underworld it shelters?

O is for Overland

8 thoughts on “O is for Overland”