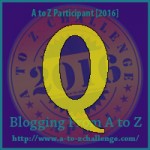 In my Viridian System series, I decided to define the structure of my Milky Way galaxy, just in case my characters decided to locate planets and star systems at any time.  It may not be necessary for the story, but I know the four quadrants of the galaxy:  the Delta quadrant is least explored by the inhabitants of the Alpha quadrant, who are the ones who think they matter, and then mostly only in the innermost sector, near the heart of the galaxy.

Most of the action is focused on the Alpha quadrant, home to the Imperium, the Federation, and most of the ‘known’ trade and enterprise.  The Delta quadrant is home to the Jakochi Alliance, which becomes important to me in Book 2, which also includes a foray into the Gamma quadrant, and a note that there are extraordinary aliens in the Beta quadrant, so nobody goes there much!

Any star system in the tertiary system off the plane of the galaxy – the spiral arms – is bound to be a long way away from anywhere else.  The Viridian System falls into this category, although it isn’t far above the plane, and gets a good view of the Milky Way at night.  Distances take a long time to traverse, even using warpshift.  I made a table for myself of how long it would take to travel various numbers of light-years at different warp factors (times the speed of light).  Weeks, months, years, centuries… so there are some useful wormholes around the place, artificial ones that are stable conduits between one part of a quadrant and another. One called The Sleeve provides a short-cut between the Alpha and Gamma quadrants (through the Delta quadrant).  It’s not the safest of places right now.

There are also unstable wormholes.  They are definitely not safe.  Nobody would want to encounter one of those.  You never know where you might end up.  Possibly in Book 2 of the Viridian System series, being written at Camp NaNoWriMo right now!!

Q is for Quadrants – mainly Alpha and Delta

9 thoughts on “Q is for Quadrants – mainly Alpha and Delta”