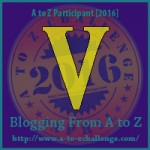 Well, today V hits Viridium, the spur for my world-building theme for this year’s A to Z.  I have a detailed description here which is an edited version of that on the Viridian system website.  Then I’ve answered my own question to authors about their approach to world-building!  Yes, I’m interviewing myself again!  If you’d like to interview me on your blog, pop your questions in this contact form.

An edited tour of the Viridian System

The star (or sun) Viridium is located in the outer spiral arm of the galaxy (currently space travel is limited to the home galaxy, the Milky Way), in the far reaches of the Alpha Quadrant. Were it not for the asteroid belt rich in orichalcum it would probably be ignored. It has six planetary rings:

V.A is a small rocky planet

V.B is an even smaller rocky planet

V.C1 is known locally as Pleasant Valley (PV).  It has an Earth-type size, mass and atmosphere and gravity of 1.1G.  The planet is mostly habitable, although in the six months near perigee temperate areas adjacent to the equatorial belt become desert.  Equatorial areas are always desert and habitable only in the few months of the apogee.  There is liquid water below the surface, enabling some hydroponics for crop growing, and surface agriculture in northern latitudes according to the availability of sunlight.

V.C2 is known locally as Sunset Strip.  It orbits in the same plane as V.C1, on the opposite side of the sun.  It is an ocean planet with large landmasses in northern temperate zones and many islands in the southern temperate zones.  Both are vegetated and have equable temperatures suggestive of mediterranean climates ranging to nordic.

V.D is an asteroid belt. Asteroids range from large rocks the size of V.C2’s purple moon, down through the sizes only large enough for an astronaut to stand on, then up to mud and ice balls half the size of the largest rocks.  The rocky asteroids have a wide range of mineral wealth, the most important of which is orichalcum.  Over 50% of the galaxy’s orichalcum comes from the Viridian System.

V.F is another gas planet.

And now – the interview!

Ok, I’m interviewing myself, using the questions I gave the other authors… What did you set out to achieve when you invented Viridium?

I wanted a wild west setting where people could do pretty much anything, and characters could drift in from any part of the galaxy.  I wanted it to feel real, though – somewhere the reader could identify with, even in the asteroids.

I think I underestimated the rest of the universe!  No sooner does my story get underway than the characters go scooting off to other star systems, and whilst I envisaged a tension created by the Imperium and the Federation, I’m not sure that it is secure enough in book one.  The immediate settings are fine, though.

I love envisioning new worlds, and the characters that live in them.  I’m getting a little sidetracked at present with aliens.  A chance comment on the Space Opera Goodreads group has got me thinking a great deal about non-human aliens, which I’m enjoying a lot – and leading me to more research than I’ve done for ages.  I generally rely on my own background to pull out the necessary planetary, political, psychological, sociological science.  But when it comes down to it, my favourite aspect is talking about Pete and the Swede and the girls.

I don’t think I’ve spent enough time developing the rest of the universe.  I thought I had, but when it comes to writing the second book, I realise how much more needs to be developed.  Funnily enough, I felt the same way about the Princelings of the East.  And when I read the recommendations from some of the other world-builders I’ve interviewed this month, I know why.

Okay, well, I’ll come back to that, then.  Of the physical, social, technological, political, cultural world-building elements, which do you think is most important:

I think it partly depends on the story.  Given we’ve only got four more world-building posts to go, I would say I have a different view now than I did when I started this challenge.  Cultural elements are more important in some books than others, and I think that adds richness.  But maybe that’s more important in Fantasy than in Science Fiction – although some would say The Force is fundamental to Star Wars, others might say it is more technological than cultural.  Technology, even know-how rather than gadgets, is important in scifi, but early scifi was far more psychological than we tend to get now – or maybe that’s a sub-genre now where it all used to be labeled scifi.  What I think most important is that whatever the author feels is fundamental to their story, they get right.  I feel safest when I know what the world looks like and why, so maybe I spend more time on the physical, which to others might not be necessary, but the way the characters (and aliens) respond is rooted in the land/world, to me, at any rate.  But then, when I played with imaginary worlds as a kid, the first thing they got was a map!

Take your time.  Reading the other interviews and analyses of worlds this month, the common theme is: the best worlds have taken years in development.  The authors live in them, and have done for so long that they know how they work, even down to how the library cards work.  Just having your train timetables is not a guarantee that you know how they work politically, culturally, socially.  And I wish I was patient enough to wait  to get my books out until they have a smidgin of the richness that Tolkien’s do.  Live in your world until you have it as real as the one you really do live in!

Well, that was remarkably frank and open!  Thanks, Jemima.

V is for the Viridian System

6 thoughts on “V is for the Viridian System”