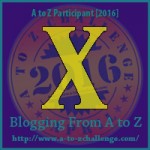 In my quest to talk about world-building from A to Z I was expecting trouble when it came to X.  Fortunately, before I was reduced to building my own planet beginning with X for the Viridian System series, I found an alphabetical list of fantasy worlds, and there (among a couple of others I didn’t check out) was Xanth – the location Piers Anthony devised for his wonderful magic series, which starts with a Spell for Chameleon.  I knew of Piers Anthony of course, but he came on the scene after I’d left this genre, and they didn’t appeal to the more serious me.  Big mistake!

Imagine a world in a bubble where magic exists, and everyone can do a spell.  Usually only one spell, but if you can’t demonstrate your magic ability, you are doomed to leave.  And Bink can’t do a spell for the life of him, not even to please the lovely Jessica, who he hopes will be his wife if he can only prove himself worthy of staying.  It is early in the book when the reader decides Bink is worth twice any of the characters who can do magic, although as  he journeys to get help from a particular magician, we meet a lot of magical creatures who just are magical, and don’t need to do magic.  The richness of this world is demonstrated by spells that plants put on the unwary traveller to protect themselves from harm – or to trap him for nourishment.  Plants may not be sentient, (or are they?) but they have an internal logic that enhances the ordinary predator-prey relationships into something, er, magical.

Bink fails to get any satisfaction from the magician so wends his weary way home, and gets exiled – only to fall into the clutches of the evil magician, the very embodiment of evil as he has been taught from birth, the destroyer of Xanth, who was exiled a considerable time earlier.  Who wants back.  The loops, jumps and turnings inside-out that move the story on to an inevitable conclusion despite Binks’ best efforts to preserve Xanth – even though he does start to wonder whether some of the idiots are worth saving – are a masterpiece of writing and plotting.

Xanth is a sparkling, brighter-than-life land, with strange apparitions around every corner.  Fantastic Beasts strange and familiar turn up when least expected, and the absolute vision of a bedraggled harpie hoping that the hero will drink from an enchanted stream is described so brilliantly that any Hollywood imagining would be plain boring in comparison.  This is majestic writing in a comfortingly familiar tone.  I enjoyed it more and more as I went on, and although I may take a rest before the next one, I am slightly worried that I will be adding all six further adventures in the world of Xanth to my already over-burdened to-read list.

All I can say is, how did I miss this one?  It’s brilliant.

X is for Xanth