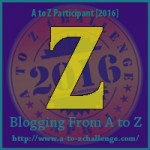 My world-building theme started at Alpha Kenworthy and ends at Zndaria, by way of Lothlorien and Turgonia, to name but two.  Today I review The Golden Wizard (The Scrolls of Zndaria #1) by J S Jaeger and interview JS about her approach to world-building.

Scrolls of Zndaria is a new seven-book juvenile fantasy series that introduces young readers to five unlikely heroes in the magical world of Zndaria. The first five books each bring readers into the life of one of our heroes.

Nathanial “Nate” McGray, the hero in the first novel, The Golden Wizard, dreams of being the first peasant in the world of Zndaria to become a wizard. The children of the local nobility bully and ridicule him to remind him that only nobility are selected to study magic. Even Nate’s parents discourage him, insisting it’s a foolish dream. After proving to the kingdom’s wizard that he is worthy of studying magic, Nate must prove to himself that he can overcome challenges and obstacles to accomplish his dream.

Firstly, I must emphasise that the bullying aspect of Nate’s life is soon over, and the story concentrates on Nate’s struggles to achieve his dream – and demonstrates both his blossoming abilities and his confidence. Friendship and family play strong parts in this adventure, as well as cowardice and disillusionment.  It’s a well-crafted lifestory!  From being the third child, with very little prospect of emerging from his peasant background, to trainee wizard with as good prospects as his elder champion brother (don’t you just hate these jocks?), he covers a good deal of ground, with the help of a wide range of beings in this fantasy land.

Unlike Windemere (see W), the elf-types and monster-types are easy to visualise, and well-rounded individuals, even in quick sketches such as encounters on the road. Monsters do turn out to be on the side of good, and not all the beauty is in the eye of the beholder.  One of the things I particularly like about Zndaria is the sparkling quality of the light.  I don’t think that phrase is ever used (I think Roger Zelazny may have applied it in a world close to Amber), but the way the author has built this world, the clarity of the colours, and the freshness of the world in front of the degradation by the enemy, shine out to me, and set it apart from many of the worlds described during this romp through the alphabet.

At one stage I was looking at Zothique for my Z entry, but despite the excellence of the world preparation as described on wikipedia, did not want to read it, since it promised to be too much in the horror genre for my taste.  I was delighted to find the author in the Great Middle Grade Reads Goodreads group, and I’m also delighted to describe Zndaria as a great Middle Grade read!  Throughly enjoyable story, full of detail without dragging, and one I liked so much I finished it in one session.  Four Goodreads stars from me.

Hi Stephanie (I hope you don’t mind me revealing your name). What did you set out to achieve when you invented Zndaria?

We wanted to bring readers into a world where they could find everything magical. We started developing adventures and characters that would draw readers, even reluctant ones, into this world and realized it would span a seven-book series.

How well do you think you achieved it?

We made a good start at achieving a world of all things magical when we released our first book, The Golden Wizard. Throughout the series, Scrolls of Zndaria, the adventures of our five unlikely heroes are intertwined. Their adventures span the world of Zndaria, showing different aspects of magic and introducing new mythical creatures that live in the different kingdoms. As such, our goal will be ultimately achieved when the entire series is complete.

As for reaching reluctant readers, we were thrilled to hear from one excited mother who said for once her ten-year-old son was choosing a book over his gadgets.

What was your favourite aspect?

Our favorite aspect of creating a new world are the characters who live there. As we write each book, we fall in love with our main and supporting characters. Unfortunately, this also means many tears are shed when we write of the occasional demise or misfortune of one of them. As we mentioned above, the lives of our heroes are intertwined. We’ve had a blast bringing the backstories of our first two heroes, Nathanial and Cenaya, together as we’re writing our second book, The Alamist Queen.

We had no idea the time and energy we were committing when we decided to write this series. We don’t think anyone can appreciate the time it takes to create a solid story until they sit down to write one. Creating a new world adds to that complexity which, of course, increases the necessary writing time.

Of the elements of world-building (physical, social, technological, political, cultural), which do you think is most important?

All of these aspects work together to create a believable new world. Zndaria is a world of magic instead of technology so we chose to pattern it after medieval earth. As such, we research the language, clothing, and lifestyles of that time period to keep with that theme. Any element that doesn’t fit in the world you’ve created will take readers out of the story and become their focus. We’ve seen otherwise great stories ruined because one aspect of an element didn’t work. We want readers to feel completely engulfed in the world of Zndaria and know all of these elements are necessary to keep them there.

Remember, Rome wasn’t built in a day, and your world won’t be either. Creating a new world takes lots of patience and persistence. Take the time needed to build the world the way you envision it. Cutting corners won’t save time. You’ll either be frustrated and disappointed in your final product, or you’ll spend extra time and money fixing it. Rework your manuscript as many times as needed to make it flow and reflect your vision. Most importantly, remember to have fun and don’t get discouraged.

Thanks you Stephanie (who writes with her husband, in case you wondered who ‘we’ was).  You can find the books and keep up with developments here:

The Golden Wizard, the first book in both our main series, is available on Amazon.com.

We’re also writing a parallel series, Short Scrolls of Zndaria. The first book in that series, The Dragon Slayer, is also available on Amazon.

We love connecting with readers! Find us here:

Zndaria and the Z of the #atozchallenge

15 thoughts on “Zndaria and the Z of the #atozchallenge”