I’m running way behind with my reviews, so it looks like there might be doubles all the way through to the end of the year!  This week I have two children’s books, particularly for horse lovers, although many children and adults will probably enjoy them.

The One Dollar Horse by Lauren St. John

Fifteen year old Casey Blue lives in East London’s grimmest tower block and volunteers at a local riding school, but her dream is to win the world’s greatest Three Day Event: the Badminton Horse Trials. When she rescues a starving, half-wild horse, she’s convinced that the impossible can be made possible. But she has reckoned without the consequences of her father’s criminal record, or the distraction of a boy with melty, dark eyes, with whom she refuses to fall in love. Casey learns the hard way that no matter how high you jump, or how fast you gallop, you can never outrun the past. A real life thriller that delves into the competitive and elite equestrian world from the 2011 BLUE PETER BOOK OF THE YEAR award-winning author.

This is a fast-paced book with great characters, and takes us from the poor end of London to the snootiest part of the world of horse riding.  I never did understand why some girls were so snooty, until I realised that they had rich parents who could afford to buy whatever horse they wanted.  Casey Blue, on the other hand, has a dad who gets in trouble very easily, hasn’t more than a few pennies to keep herself in lunches, and has a heart as big as they come – especially when it comes to rescuing a horse that nobody else can ride.  Patience and love are the key to winning his heart, and the dedication she shows gleans the response we all know it will from a beloved animal.

Unlike some middle grade books, I find I can step right back into my twelve-year-old self when it comes to horse books.  This one is exceptionally good, realistic, picks out real events, which adds to the sense of being there (walking round the cross-country course at Badminton is the nearest we get to jumping over those fences), and treats all the characters in a realistic way.  I particularly enjoyed the jump that Casey aims the riding school pony at in the opening chapter.  All so true!

The story of the poor girl fighting against the odds to achieve her dream is common enough, but the twists will be enjoyed by most readers, even boys, I suspect.  It’s a delightful tale, brilliantly told, and although it gained a Goodreads official 4 from me (I loved it) it’s a 5 star read for horse enthusiasts!

This is a 5 star horsey book or a 4 star general young reader book, assuming that young readers have dreams and ambitions they want to fulfil, and I hope they do. For anyone who’s ever wanted their humdrum riding school pony to turn into a top three-day-eventer, it’s a terrific story with lots of twists that kept me in nail-biting suspense.
And it’s a series… 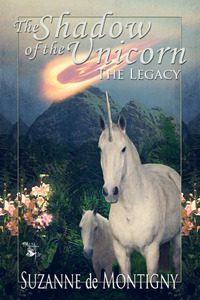 A loud, hissing sound filled the air. The unicorns looked up, their eyes filled with horror.

Azaria, a unicorn colt, is intrigued when the young, clairvoyant dinosaur, Darius, foresees a terrifying change to their world. When a giant fireball smashes into the earth, the unicorns struggle to survive the hurricanes and starvation that follow. But nothing compares to the danger when the creatures-that-walk-on-two-legs settle in the valley, and their leader discovers the healing power in the unicorns’ horns. Greedy and ruthless, Ishmael will stop at nothing in his pursuit of wealth – even the complete extinction of the herd. Azaria must find a way to outsmart Ishmael before it’s too late.

This is a charming story starting in prehistoric times, when dinosaurs and unicorns roamed the earth.  But the fireball, or asteroid, creates catastrophic changes, and the dinosaurs die out, leaving the unicorns struggling to survive – and then the two-legged animals arrive.

There is a considerable amount of humans-ruining-paradise in this book, although it turns out to be mainly one human as the ringleader.  The tale is well told, but as with One Dollar Horse, it relies on a common enough theme.  The author’s descriptions are vivid, and give a real sense of place, and that helps to draw you in to the problems the unicorns face.  The solution is inevitable, and as book 1 in the series, really sets the scene for a fantasy world of the adventures of the unicorns (I hope without too much human involvement).

A good read for middle graders. First in a promising series.

Book Reviews | The One Dollar Horse and The Legacy