Numbers like this in dates always give me a little frisson, much as I get for a really clever rhyme.  I was watching the UK poet Pam Ayres on a tv wordgame show last week (Countdown), and she read a poem between rounds (which is why the guests are invited, to do a little something entertaining in the interval).  They were all lovely, warming, sometimes an uncomfortable look at life, but amusing all the same, and I particularly enjoyed one about the little baby who had turned into a strapping 6ft 3 rugby player, and she couldn’t believe it.  But the rhyme that did it for me was death’ll with Ethel.  So excruciatingly delightful!

It’s a funny thing about words.  I love corny rhymes, alliteration and unusual descriptions.  One I read recently was about the autumn sliding over the hill into winter.  I should have highlighted it to find for you.  It’s from the book I’m reviewing next Saturday (although I’ve probably misquoted it).  For the past couple of years I’ve had the opportunity to read unpublished works I was putting together for an anthology, and admire the word usage of my contributors.  It’s something about style, but whenever I want to expand and do a piece of description in my books I find myself pulling back and asking how relevant it is to the plot.  It may slow it down, sure, but it may also be important to the scene, or even play as large a part as another character. The thing is to do it because it’s right for my story, to learn from others, but not copy their styles.

Talking about working with others is the nub of my Guest Post on The Story Reading Ape yesterday.  You can nip over to read it now, or later this month from the little button top right if you prefer. I will be changing the links as soon as each one goes up (which is the second Sunday of the month).  The Ape has some excellent guest posts going on this autumn, so do browse around them while you’re there.

Other things going on at present:

And I succumbed to putting the heating back on last Thursday.  I held out as long as possible, after all it’s often sunny outside, and up to 15 degrees (59 F). But the nights are getting colder…

Yesterday’s #Inktober was the illustration for Willoughby’s narrathon tale The Princess and the Pea.  This story made it more or less intact into the book.  I had fun with his tale of Diamond Souls (illustration last Wednesday in the IWSG post) as he messed that one up when he told it.  Tales within tales… 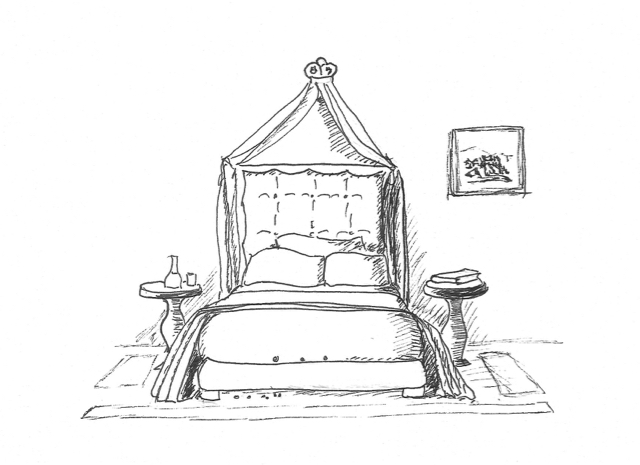