A week after the great A to Z Challenge announcement, I thought I’d try to make some sort of sense of it all before making a final decision for this year. 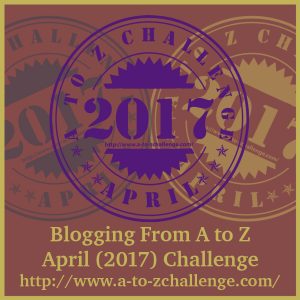 In short, the organisers have decided not to do a Linky List this year, where everyone participating signs up and the list becomes a resource for visiting other blogs.  Instead, they have announced that participants will post their links each day, in comments to the AtoZ blog’s own letter of the day, and on their AtoZ Facebook page, and on Twitter (hashtag #atozchallenge), to give maximum exposure.

General reaction to the announcement

The very many comments on the AtoZ blog announcement split fairly evenly into:

My main points (which I debate with myself)

My first thoughts are roughly

So, logically, there’s nothing so hard that can’t be overcome.  But you know what the real problem is?

Loyal AtoZers, who have been with the Challenge four or five years or more, who have been working on their posts since October, have had this sprung on them, and sprung two weeks later than the usual date for The List to be opened.  In other words, AtoZ have done a really bad marketing and customer service job here.

Frankly, it’s the management of this issue that disappoints me.  Doing this ‘posting my post links’ is irritating, but not the end of the world.  I may even post something next week on how to make life easier, and use some screenshots to give you help if you need it, although I think the AtoZ team are also doing that.

The revised Badges are now out, though, and they look very stylish as always – thanks to Jeremy at jmhdesign.com!

I’m still not sure I’m going to bother with the Challenge at all this year, though.  It’s a Blogging Challenge, not a social media one.

More thoughts on the 2017 #AtoZChallenge