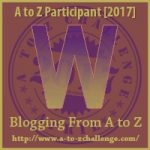 Willoughby starts with W.  What better way to fulfil the W post of the #AtoZChallenge than launching my latest book.  It’s out today on all platforms and should be in all the online stores.  If you haven’t read any of my Princelings of the East stories, I suggest you download the first one (it’s free for ebooks).  Or you could check the offer running till May 12th on the Princelings box set.  Or just dive in at book 5, which has the first appearance of Willoughby.  Of course, they’re worth reading in order! 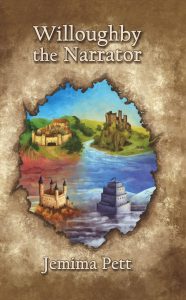 Just where did Willoughby, who first appeared in the Talent Seekers (book 5), learn his ninja skills?  How did he come to be a Narrator?  And what happened after he fell from the high tower at Castle Deeping?

Discover Willoughby’s origins, his big secret, and follow his adventures as he travels around, telling stories and acting as an undercover agent for the rich and powerful, as dark deeds start causing big trouble between the rival castles.

As might be expected from a Narrator, Willoughby tells his story with style and panache, starting with his somewhat surprising arrival in the Realms.

Lovers of the series will enjoy this latest tale, but newcomers may find it easier to start with book 1 or book 5. It’s a mystery adventure in a world not quite like ours, suitable for age 10 and upwards. 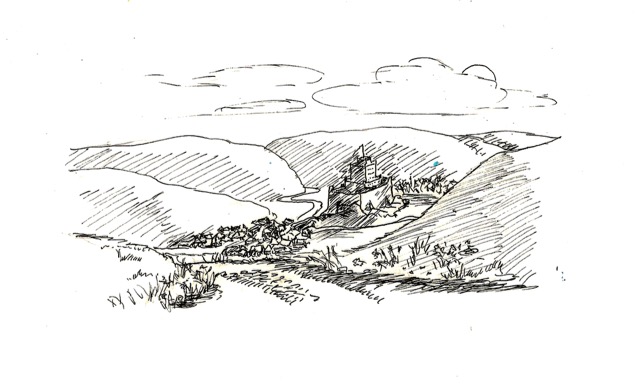 I wasn’t laughing now.  We moved to the windowsill and crouched on it, ready to jump out.  The starter yelled ‘go’ and dropped a flag, and I let Prince Kevin get away first, since he was due to start behind me.  He’d been eyeing me up and strutting a bit, and I didn’t feel the need to take him on.  He was about my age, and if I did this another time, I reckoned we’d meet then.

I swung myself out on the window ledge and let the fall forces take my body down and then around, with momentum to fly up to the next floor. I let go of one ledge and turned upside down to grab the ledge below with my nails, and swung again, sideways this time, to the next window. Then I got a real swing on and made it to the brickwork on the corner. Then I leapt sideways high onto the second wall, sliding a little to the third level, where I thought I saw Diesel’s face pull back as I arrived at the brickwork bar dividing the central glass panes.  I brought my back legs around to the bar and sprang off it, leaping horizontally but with my tummy to the castle wall, to catch the next window’s bar and repeat the manoeuvre.

The third time a competitor was already on the next window, but I swung down a floor and passed another coming up from the first floor as I made the edge there.  I think she slipped, but I ignored her and bounded for the next window and then onto a pole that stuck out. Someone had said it was for banners on feast days.  There would be another one opposite.  Bearing that in mind, I quickly rounded the next corner, flicked myself along three windows, and leapt for the pole matching the one I’d left behind.

Every now and then the crowd roared, but I barely noticed; I was concentrating on the next move. Champion Christopher was in front of me, and I wondered if he was leading again.  I went to overtake him by a double swing from the third floor ledges, but he ducked beneath me and I slipped right to the ground floor window. The crowd below me scattered so I didn’t touch them and disqualify myself.

I got through a loop of swinging to wind myself back up to leap for the last wall, but collided with Prince Kevin, and we both fell to the ground, caught by the crowd and set back on our feet.  He glared at me; I felt his anger in more than just the heat of his eyes.  I had a feeling that Kevin and I would meet again.  Probably often. I bowed to him, and he bowed back.  I wasn’t sure that meant anything, but I turned away and made my way through the crowd to the centre where the announcer was commentating.

Huge cheers rang out: Champion Christopher had won again.  I was right not to put him off his line, since one of the visitors I’d met in the practice was a close second.  I joined in the cheering with the rest of them, and I’m sure he gave me a special wave.

Catch up on the series…

And now for the Giveaway

Enter with the Rafflecopter.  Enter for a chance to win:

The closing date is midnight of 5th/6th May, New York time. a Rafflecopter giveaway