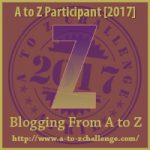 Zanzibar’s Rings is the working title of the third book in the Viridian System series.

It seems a bit daft, really, since I haven’t republished The Perihelix yet, which I withdrew after it got reviews which showed it really needed more work.  I’m still working on it.  Really, I am… It’s just that a whole lot of other things have got in the way, like the A to Z Challenge and something else in my real life (called golf – more of that next month).

I have updated the Viridian System Sampler recently, though, so if you’d like a taste of what it’s all about, get that from iTunes, B&N, Kobo and Smashwords.  It’s free!

Big Pete and the Swede, more correctly known as Pete Garcia and Lars Nilsson, are asteroid miners in the far reaches of the galaxy.  The asteroid belt of the Viridian System is rich in orichalcum, a rare, very useful, and therefore extremely precious metal, which everyone wants.  The Imperium, a dominating oligarchy which masquerades as a benevolent democratic institution, wants it badly.  And after years of being happy just to trade it and leave others to do the dirty work, it wants to control it, like it does other useful things.  Planets that produce grain abundantly?  Take them over. Planets with the raw materials for plasglas? Turn them into manufactories.  The only organisation that seems to have any hope of opposing the Imperium is the Federation, and they aren’t strong enough to be everywhere at once. Besides, they have their own type of nasty dictator…

It doesn’t come as much of a surprise to find Pete and Lars hold secrets of their own.  Each has been too closely mixed up with Imperium business in the past, and they want nothing to do with it.  But their pasts catch up with them, and in the first book The Perihelix, they are drawn into a chase around the Alpha Quadrant to find pieces of the Perihelix, a legendary weapon which will free the enslaved and deliver defeat to the enemies of the righteous.  Or something like that.

Pete and Lars took their girls on this first trip, and the women learnt a thing or two while the men were absent. In book 2 Dolores is training to qualify as a space pilot. Pete has had a call to his home planet, Corsair, to save them from disaster, so they set off in that direction, only to have a minor accident which leaves them in a horrible mess.  Meanwhile the Imperium declares war on the Federation, while a little personal business by one of the senators leads him off in the direction of the Viridian System to start a canny land grab.

And so we come to Zanzibar’s Rings, book three, which has little more than a five sentence outline and a first chapter at present.

Concerned that the asteroid belt might not hold enough orichalcum to keep them going, the Viridian System elders suggest Pete and the Swede check out the fifth planet, Zanzibar, which has twenty-four moons and a slender ring system (much like Saturn).  With the Imperium senator still sniffing around, trouble for Dolores who inadvertently becomes his personal chauffeuse, and the refugees from Pete’s home planet needing more resources to help them rebuild their civilisation, there are enough sparks to fuel a fire.  And that is before the Federation and Imperium arrive to argue about the wealth of Zanzibar’s Rings.

Keep up to date

This exciting and occasionally steamy scifi series has its own website: Viridianseries.uk.  Nip over to sign up for the occasional newsletter, and watch out for special offers and new flash fiction.

It also has a Facebook page if you’d prefer your updates there.

Background picture for the books adapted from a NASA open-access picture of Vega.

So that’s it for another year! 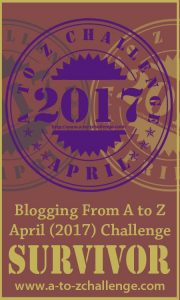 I hope you enjoyed the eclectic mix that is my blog, and got to know more about me and my writing.  I haven’t got to nearly as many of your posts as I’d like, and also not as many as I would do from a list, but we’ll doubtless have the A to Z Round-up post in a week or so, and I’ll try to get around more of you in the coming months.

If I haven’t visited you yet, PLEASE leave a comment with your blog link.  It’ll make it much easier to find you, and I really want to return the favour.

Don’t forget to enter the Giveaway for Willoughby the Narrator and other prizes, and enjoy the rest of your blogging adventures.